Not Sleeping Enough May Have Scary Repercussions for Women 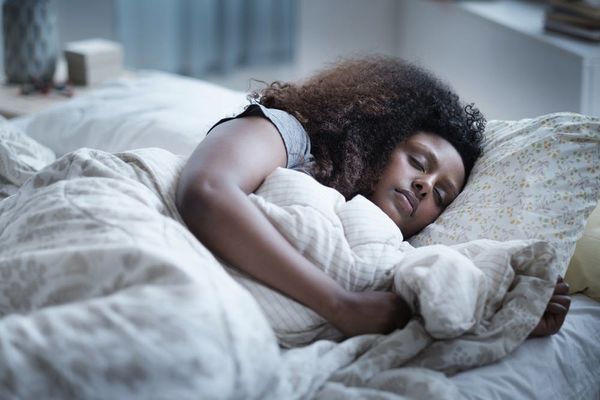 Nobody likes to function on very little sleep. The grogginess, dazed feelings, and desperate desire to find anywhere to take a nap as soon as possible are not fun! Research has long demonstrated that sleep loss means our brains and bodies just don’t function as well, and a new study out of Sweden suggests that the cognitive difficulties related to lack of sleep may be worse for women than for men.

The study, titled “A single night of sleep loss impairs objective but not subjective working memory performance in a sex-dependent manner” and published January 31 in the Journal of Sleep Research, was a very small one with just 24 participants, so more follow-up studies will be needed. But the new study suggests that women’s working memory (part of our short-term memory that deals with immediate processing) suffers more than men’s when operating on a small amount of sleep.

In the study, 12 men and 12 women had either a full night’s sleep or a restless night with little sleep, then performed a working memory task. And it sounds simple enough: The participants had to try to memorize an eight-digit sequence. The men in the study were able to recall the numbers regardless of whether or not they’d had a full night of sleep, but women in the study were not able to remember as many numbers in the sequence as the men.

Here’s the important part: The women in the study were not aware that their working memory had been affected by their lack of sleep. The lack of awareness is of particular concern, according to a study press release, because “a lack of awareness of impaired mental performance could increase the risk of accidents and mistakes, which can be dangerous in many private and occupational situations, both for the sleep-deprived person as well as for others.”

Though more studies will be required to determine how broadly these results can be interpreted, they add to a growing body of research that shows women are more impacted by sleep problems than men. According to the National Sleep Foundation here in the US, more women than men suffer from sleep problems, such as insomnia. Given that women are more likely to have problems getting enough or quality sleep and also may have more cognitive processing issues because of sleep loss, there’s good reason to be concerned about how sleep impacts women’s lives overall.

Consider that women in heterosexual relationships report doing more household work on top of their paid jobs, no matter how many hours they work or how much they get paid. A recent census report out of Australia found that single women also do more domestic labor such as cleaning than single men. Further, moms are also tasked with the majority of childcare and household chores, and are only legally guaranteed 12 weeks of (unpaid) maternity leave.

If women are forced to work more than men while also having a harder time with their working memories because they’re tired, then society is asking a heck of a lot more of women than it seems on the surface.

Not only does a lack of sleep cause daytime drowsiness, fatigue, and possibly some short-term memory problems, it can also be a risk factor for serious diseases. According to the American Diabetes Association, too little or too much sleep is a risk factor for type 2 diabetes. The Sleep Foundation also says that sleep loss can potentially cause an increase in sickness and lead to weight gain.

The strain on women’s daily lives and overall health this presents is compounded by the fact that millions of women in the US still do not have health insurance. According to an October 2017 report from the Kaiser Family Foundation, one in 10 women ages 19 to 64 were uninsured as of 2016. The report notes that women are more likely than men to be covered by their spouse’s insurance, which puts women at a higher risk of losing their insurance in the event of a divorce.

Basically, women are more likely to lose sleep, which means they’re less likely to function well during the day when they’re being stuck doing more work (which they’re paid less for, to begin with) than men. The cherry on top is that any health issues that emerge as a result of sleep loss won’t necessarily get the appropriate medical attention because a lot of women don’t have access to affordable health care.

While more research is needed to clarify the results of the new Swedish study, it’s evident that women are more likely to suffer because of a lack of sleep while also being pushed to work more than their male counterparts. Something has clearly got to give.

Do you suffer from sleep loss? Tell us about it on Twitter @BritandCo.

Elizabeth King
Elizabeth King is a politics, history, and culture writer based in the Twin Cities. She is generally pretty cranky but still enjoys traveling, music from the early 2000's, and plotting the resistance. Feel free to say hi on Twitter at @ekingc or check out some of her work at www.elizabethcking.com.
Sleep
Womens Health
Sleep study Womens Health