Science Has Proven, Yet Again, Why You Really Need More Sleep 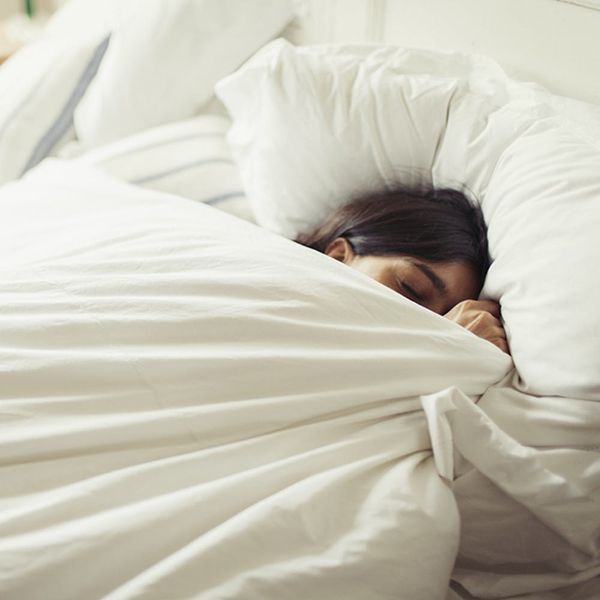 It's more important than ever to keep your bedtime routine on track and on time: A 2019 study published in the Journal of the American College of Cardiology confirms that sleeping fewer than six hours per night can lead to dangerous plaque buildup in arteries — a condition called atherosclerosis. Similar effects were also noticed among subjects who had interrupted sleep (sorry, new moms!). Why the concern? Plaque buildup can significantly increase the risk of stroke and heart disease.

The large study was based on nearly 4,000 Spanish men and women with no history of heart disease. Each subject slept while wearing a monitor for seven nights to objectively quantify sleep phases, sleep movement, and duration. Subjects were divided into four groups: those sleeping fewer than six hours, those sleeping six to seven hours, those sleeping seven to eight hours, and those sleeping more than eight hours. Researchers looked not only at sleep duration but also quality of sleep; whether subjects' sleep was fragmented. Cardiac CT scans were performed at the start and end of the study, and scientists employed 3D ultrasounds to analyze various arteries throughout the body, not just in the heart.

What the Results Mean

Researchers ultimately found that subjects who slept fewer than six hours had a 27 percent increased risk of developing atherosclerosis throughout the body than those subjects who slept seven to eight hours. Those with interrupted or fractured sleep had a 34 percent increased risk of developing plaque. And the biggest takeaway from these findings is that atherosclerosis was found throughout the entire body — not just in the arteries surrounding the heart, which means that the risk for heart disease is even more significant.

We probably don't need to tell you that sleep is key for whole-body restoration. Previous studies have discovered that just a couple of days with reduced sleep can contribute to imbalanced blood sugar, high blood pressure, decreased immunity, and anxiety and depression, just to name a few. (Before you start to worry about staying up late to watch SNL this weekend, know that most of these risks greatly decrease once you start regularly hitting the seven- to eight-hour mark.)

To get your nightly eight, set a strict bedtime based on your waking time, and keep it consistent — yes, even through the weekend. Boost your exercise, too, as even 10 minutes daily has beneficial repercussions on your sleep quality.

This article was previously published in February 2019 and has been updated.

From Your Site Articles
Jessica Waller
Jessica Waller is a health and wellness writer and clinical nutritionist with a passion for science-backed self-care. A mom of two, yoga devotee, and avid home cook, she’s always on the lookout for healthyish comfort-food recipes, statement shoes, and new wellness trends to obsess over (earthing, anyone?). Find her most recent musings on nutrition and self-care at WELLTRIBE.
Healthy Living
Lifestyle
Healthy Living Mental Health Self Care Sleep Womens Health
More From Lifestyle