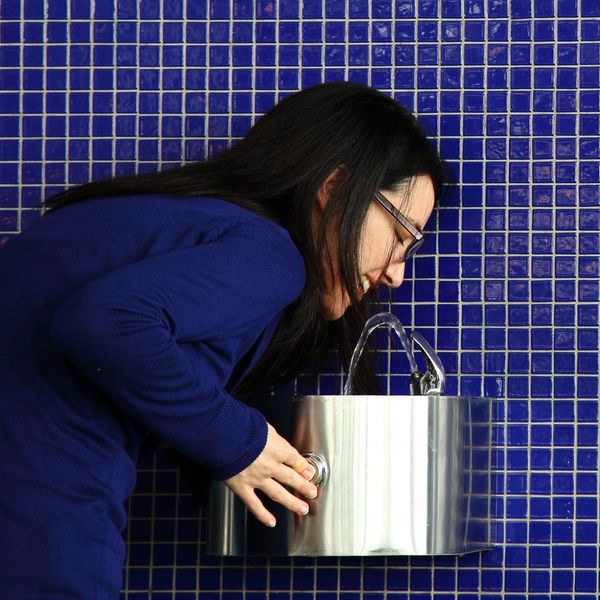 We all know that we should drink more water, but it wasn’t until the birth of LaCroix that we really got on board with that advice (thank you, Key Lime pie!). Now, we’re getting a little *extra* incentive with what is sure to be the next big thing in sparkling water — sparking water fountains: eee! — but there’s one pretty big catch: You’ll have to go to Paris to try them!

In an initiative to help citizens stay hydrated, the city will be installing these magical refreshment stations all around the city. “People often told me that they were ready to drink tap water if it was carbonated,” Anne le Strat, former Deputy Mayor of Paris, told 20 Minutes back in 2010. “Now, they they’ve got no excuse not to.”

Eight sparkling fountains — or fontaine d’eau pétillante, if you wish — already exist in the city of lights, and have proven a hit with thirsty folks the city over. City hall revealed last month that they have plans to add enough fountains to plant at least one in each of the area’s 20 arrondissements.

They’re certainly making good on their word: A brand new fountain popped up in Square Eugène Varlin last week, with nine more scheduled to be installed by December 2018.

If you’re wondering how these funky fountains work, they’re connected to a main water line which has been outfitted with a carbonator infusing CO2 into the stream whenever the water hits 44 degrees Fahrenheit, creating the desired bubbles and producing a cool, fresh flavor.

The fountains are also great for the environment, the hope being that Parisians will fill their own water bottles, thereby reduce bottled water consumption, which current averages at about 40 gallons annually, according to Lonely Planet.

Perhaps one of these fountains will make its way stateside sometime down the line? One can only hope!

Would you love a sparkling water fountain in your neighborhood? Let us know @BritandCo!

Desiree O
Desirée O is a ‘Professional Bohemian’ who loves anything and everything related to the arts, entertainment, and pop culture. She ADORES being a ‘Newsy’ for Brit + Co, covering all of the latest tidbits of awesomeness that you want to read about. When she’s not writing, she’s either making messy art, going on long adventurous walks with her camera, or poking around over at bohemianizm (http://www.bohemianizm.com/). You can find out about Desirée O and her work at http://DesireeO.com/ or follow her on Twitter @DesireeO.
Travel
Pop Culture
Travel
More From Pop Culture