The Best (and Worst) Bottled Waters According to a Water Sommelier 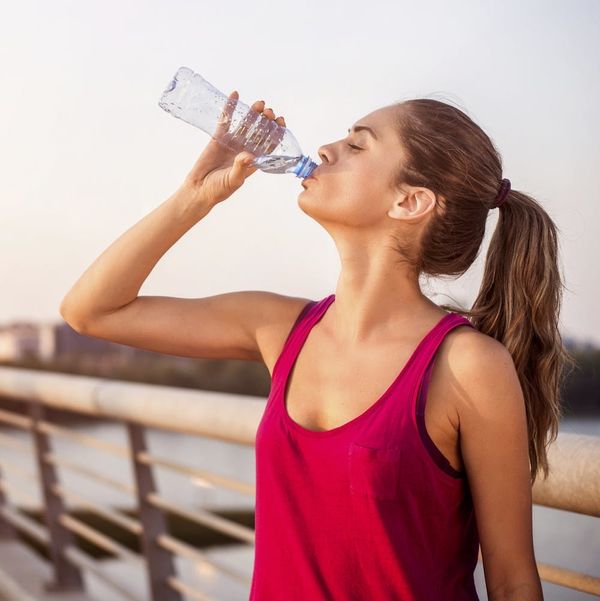 Though we’re all about our reusable water bottles (despite their germ-ridden nastiness), we know how much you love fancy shmancy water. Seriously, we freaked out as much as anyone when we discovered we could design our own LaCroix cans. But what about bottled water? Are they all equal? Nope, says Belinda Chang, a sommelier who used her talented tongue to rank bottled water. Here are her results.

She hails from Chicago and is the head of the wine and spirits program at upscale steakhouse Maple & Ash, so Belinda knows her drinks. While she usually puts her skills towards perfect pairings of wine and sumptuous meals, Belinda welcomed Thrillist into her domain to put water to the ultimate test.

Belinda compared 10 different brands by evaluating the flavor, aroma, texture and finish of each, giving them a score out of a possible 100. “A good bottled water shouldn’t have any off-putting aromas or flavors, that would be an automatic negative,” Belinda explained. “In wine, we always talk about terroir, and I think for water it’s the same. You want it to speak of the place where it comes from. And, of course, you want it to be delicious.”

Let’s check out how they ranked, from worst to best…

When it came to Propel, Belinda was immediately put off by the odor, saying it “smells salty, metallic.” Ew. When it came to taste, it might not have been as bad, but it certainly wasn’t an A+. “When it gets onto your tongue, the impact is bizarre. The texture and flavor is a lot like Gatorade, but not masked with orange or blue raspberry.”

Dasani was another that was somewhat stinky. “See, this one does not smell good — it smells like a wine that’s been dosed with sulphates.” What’s with all the smelly water? Belinda deemed that when it comes to Dasani, “The thirst-quenching quotient is really low on this guy.”

Ice Mountain got it right if you’re looking for nothing but water. Tasteless water. “It’s completely neutral in almost every way, which I think is a total positive.” In this case, definitely. Though Belinda did note a slight “minerally” aftertaste, a “pipe-like flavor.”

Instead of pipe-like, Belinda felt Aquafina tasted “a little powdery, with some dissolved minerals and a little bit of salt.” Still, she felt that this was a decent thirst-quencher. “For an inexpensive water that you’re just drinking because you’re in the airport and you want to hydrate before you go on a flight, I think this is a good option.”

Naleczowianka was another with a “distinctive” smell — this time, a stony hint. Kinda strangely, it made Belinda think of “a salt character — I want it with a pierogi.” That’s… specific. But overall, this one failed where it seems to matter the most, with the sommelier noting, “It’s not that thirst-quenching. It dries out the palate.”

Evian is better when it comes to the smelliness, with Belinda claiming that it’s “really clean on the nose.” But interestingly, she also noted, “I do taste the Alps — I don’t smell them, but I taste them. And I can definitely imagine myself apres-ski with a bottle of Evian.” That’s a plus for Evian.

Smeraldina scored slightly higher than Evian despite the fact that “after you have a sip of it, it feels like there’s this fine silt lying on your tongue.” No, thanks. Besides that, however, “this would transport you back to the south of Italy.” Whoa. First the Alps, now Italy. We’re globetrotting with every sip.

Smartwater is actually something that Belinda is familiar with herself, but admitted, “I’ve always chugged this the next morning when I’m hungover.” Natch. However, when she took some time to consider it, she claims, “It’s probably 1,000% the marketing, but it does taste different,” i.e. really interesting texture in the mid-palate which Belinda assumes is the electrolytes.

Fiji took the runner-up spot partly due to the fact that it’s “totally neutral on the nose, which I think is important.” But it was also the fact that it’s a heavy water that got Belinda’s stamp of approval. “[If] you want to drink a glass of water after a spectacular dish or, like, a great bite of a burger, you want something that cleanses, and this is it. I really love this water.”

And the winner is… Roundy’s! First, the smell won Belinda over. “This is going to sound so weird, but it’s a little sweet-smelling — which I like!” But, of course, that wasn’t all. Taste is the major factor here and the sommelier thought this option was delicious. “It has no pretension, it’s incredibly thirst-quenching. It doesn’t taste like anything, which is perfect. When you’re drinking water you just want to be drinking water, and this is the most watery of all the waters. This is the Moet Imperial of bottled water — it’s simple, it’s classic and it does exactly what it’s supposed to do. It delivers and that’s my professional opinion.”

Do you notice differences in the taste of water from different brands and your tap? Tweet us @BritandCo!