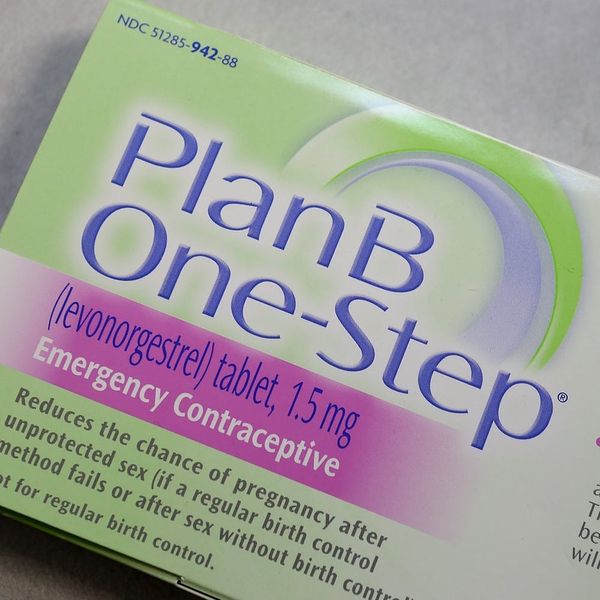 Despite our worst fears about the future of contraceptives, birth control seems to be more accessible than ever, with monthly prescription delivery services like The Pill Club and Nurx on the scene and apps that let you refill your prescription right from your phone.

One college campus is taking that access one step further even, offering its students contraceptives from a — get this — vending machine.

The University of California Davis now has what they’re calling a “Wellness to Go” machine in its break room stocked full of condoms, tampons, pregnancy tests, Advil, and Plan B emergency pills.

It was a former student, Parteek Singh, that made the machine happen after two years of hard work, telling CNN that the skepticism that her efforts would never come to fruition only pushed her harder. “The more [skepticism] and negativity I got from people, like, ‘Oh, it’s not going to happen,’ kind of pushed me more,” she told the publication.

The school has yet to comment on its new addition, although it was approved by the FDA back in 2013.

“I feel like every college should have this,” Singh said.

Vending machine BC: Yay or nay? Tell us over @BritandCo.

Nicole Briese
Nicole is the weekend editor for Brit + Co who loves bringing you all the latest buzz. When she's not busy typing away into the wee hours, you can usually find her canoodling with her fur babies, rooting around in a bookstore, or rocking out at a concert of some sort (Guns N' Roses forever!). Check out all her latest musings and past work at nicolebjean.com.
Womens Health
Womens Health
Womens Health
More From Womens Health