This Study Says Nice Guys Actually Do NOT Finish Last 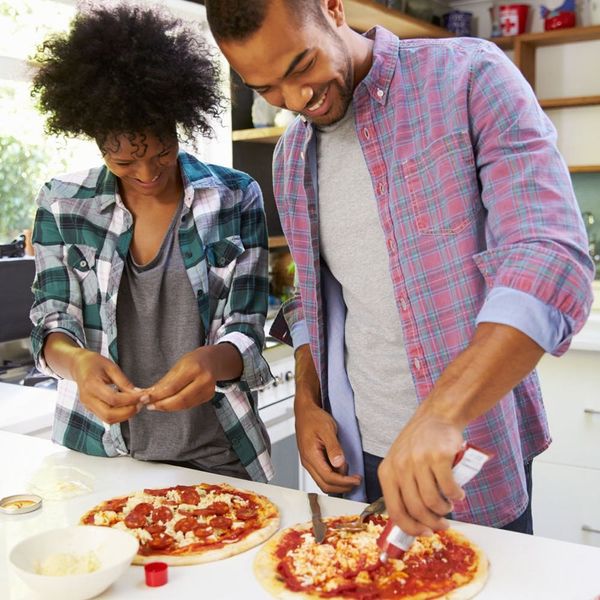 Calling a guy “nice” after a first date is rarely a compliment, but rather a kiss of death for any romantic possibility. So it’s no wonder a lot of people still believe we’re livin’ in a bad boys’ world. ‘Nice guys finish last’ is an old adage that suggests that guys who are kind and compassionate get passed over for misbehaving (and often charming) men. For those ladies that haven’t learned themselves that dating good guys is awesome, rom-coms have been disputing the “nice guys” theory for years by giving the sweetest guy the girl in the end. And now, there’s science to back up women’s preference for dating thoughtful men with manners.

A new study out of two universities in the UK found that nice guys actually don’t finish last when it comes to long-term straight relationships. The researchers surveyed about 200 women, asking them to look at photos of men and read descriptions of things those men had done, including buying a coffee for a homeless person — or walking right by.

What they found was that even among the men who were less conventionally attractive, women preferred the “nice guys.” Now, the women were asked the questions in the context of choosing which man they’d want a long-term relationship with, so the results might have been a little different if the researchers had asked who they would pick for a casual fling.

Still, the results are pretty clear: “Being altruistic is better than being attractive for long-term relationships,” lead author Daniel Farelly told Live Science. Farelly also said he’d be interested in reversing the study to see how men respond to altruism versus physical attractiveness. Now that would be interesting!

What’s your take on the “nice guys finish last” theory? Tweet us your thoughts at @BritandCo!

Kylie Kendall
Kylie is a freelance writer living in Ottawa, Canada. When she's not writing, you might find her scoping out all-day breakfast spots in her city or taste-testing every bottle of red wine under $10.
Dating
Relationships
Dating science study
More From Relationships