11 Super Foods for Your Skin and Brain 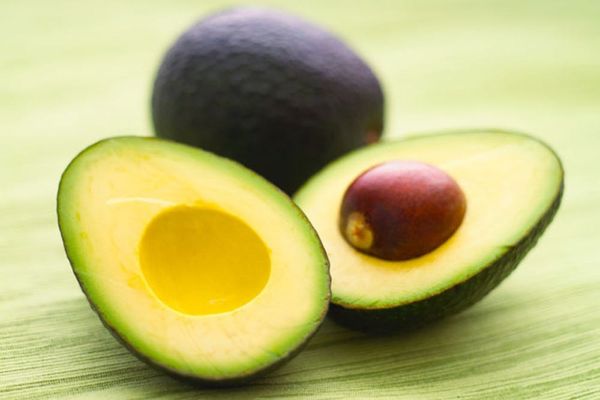 Beauty versus brains. We can forever debate which is more important, but when it comes to our diet, many of the same foods support both our skin AND intellect. Besides, who decided we can’t have it all?

1. Walnuts: You’ve probably seen omega-3 fatty acids popping up as an additive in all sorts of foods. As it turns out, walnuts are heavy on the plant-based source of omega-3s (alpha-linolenic acid). ALA helps us maintain healthy cell membranes that protect us from harm and act as the passageways to move nutrients and waste in and out of our cells. Cell membranes also hold in moisture, making for more youthful skin. Walnuts are even a great source of Vitamin E. Diets with enough of it are associated with less cognitive decline as we age. (Image via Dr. Weil Blog)

2. Avocados: It’s okay to be obsessed with avocados. Yes, they’re high in fat, but it’s monounsaturated fat, which actually promotes healthy blood flow. Get your blood circulating right and that’s good for both your skin and your noggin. (Image via Saucy Pants)

3. Fish: Wild Alaskan salmon, sardines and herring are brimming with omega-3s and as a general rule, they’re often less contaminated. If you’re still not sold on the benefits of omega-3s, know they are essential for brain function and help combat the body’s production of inflammatory compounds, which are part of the aging process. (Image via Toptenz)

4. Beans: Elementary school jokes aside, beans (red, black, pinto or kidney) are really high in antioxidants, B-vitamins, potassium and fiber. All these things help our digestive system tidy up our insides and carry nutrients to our skin cells. The antioxidants, specifically anthocyanins, have been shown to improve brain function. (Image via My Fancy Pantry)

5. Whole Grains: People make a fuss about whole grains for good reason. They have more vitamins, minerals, fiber and phytonutrients than their refined counterparts. Vitamin E and zinc are great for the skin. Whole grains have been shown to reduce the risk of heart disease by promoting good blood flow to the organs. The brain is one organ that needs good blood flow for oxygen. There are so many options today that you really don’t have an excuse – try brown rice, quinoa, or the whole grain versions of bread, pasta and couscous. (Image via Kitchen Konfidence)

6. Green and White Tea: Some of us switch to tea when coffee makes us too jittery. There’s also that spiritual quality of sipping tea amongst beautiful scenery. But centuries old tradition in Asia and modern science suggest tea is a smart habit.

Green tea is high in a polyphenol called EGCG which is thought to prevent neurotransmitters for brain function from degrading. In a European study, green tea drinkers had higher brain activity in the dorsolateral prefrontal cortex which is associated with problem solving and focus.

White tea is made from even younger tea leaves, less processed and has even higher levels of catechin (an anti-oxidant which has sometimes been shown to prevent or reverse abnormal cell growth). It’s still being studied, but some of the skin benefits associated with green tea (UV protection and anti-inflammatory effects) might even be greater in white tea. (Image via Lasoo)

7. Blueberries: All fruits have benefits for the skin, but blueberries are rockstars. They’re rich in anti-oxidants, Vitamin A and Vitamin C. Blueberries have also been shown to prevent oxidative stress on the brain which could in turn reduce dementia or Alzheimer’s. But if old age seems far off, consider that a diet with blueberries improved the learning capacity and motor skills in rats. (Image via Yakima Blueberries)

8. Citrus: Oranges, grapefruit, lemons, limes. You know Vitamin C is essential and great for you, but how exactly does it benefit skin? Well, we need it to produce collagen, a protein that supports skin firmness, strength and repair. Vitamin C also helps us produce neurotransmitters and can even save our brain cells. We can’t make Vitamin C on our own, so it’s ultra-important to consume. Citrus fruits are an easy fix. (Image via The Citrus Fruits)

9. Dark Chocolate: Can’t stay away from chocolate? Might as well indulge in the kind that gives back. The same flavonoid antioxidants found in tea are sufficiently present in the dark varieties of chocolate. They do our skin a solid by absorbing UV light and improving the skin’s hydration and complexion. It’s also thought to bring better blood flow to the brain, at least in those suffering from a less than optimal supply. A high level of cacao (70% or greater is best) is thought to be more beneficial, but it doesn’t mean you should be in all you can eat buffet mode either. (Image via NPR)

10. Sunflower and Pumpkin Seeds: Sunflower seeds are crazy high in Vitamin E. In fact, a 1/4 cup with get you over 60% of the recommended daily allowance (RDA). A 1/4 cup of pumpkin seeds gets you almost 20% of the RDA of zinc. We’ve already mentioned how good these nutrients are for the skin, but they’ve also been shown to build a dam in the river that is cognitive decline. (Image via Conor Bofin)

11. Spinach: I’ve pretty much ignored vegetables to this point and shame on me, they’re amazing for us. It’s sound advice to pick vegetables in a range of vivid colors, but Popeye hasn’t completely led us astray. Spinach isn’t going to make us buff, but it is a good source of vitamins B, C, and E, potassium, calcium, iron, magnesium, and omega-3 fatty acids and incredibly easy to work into meals or as a side dish. (Image via FOODjimoto)

Kiran Umapathy
Kiran Umapathy is a 20-something professional dreamer. When he's not making awesome at Holiday Matinee, you can find him getting lost on photo adventures or listening to vinyl.
Health
More From Health