Sure, Some People Prefer to Freelance — But for Women, It’s Often Not a Choice 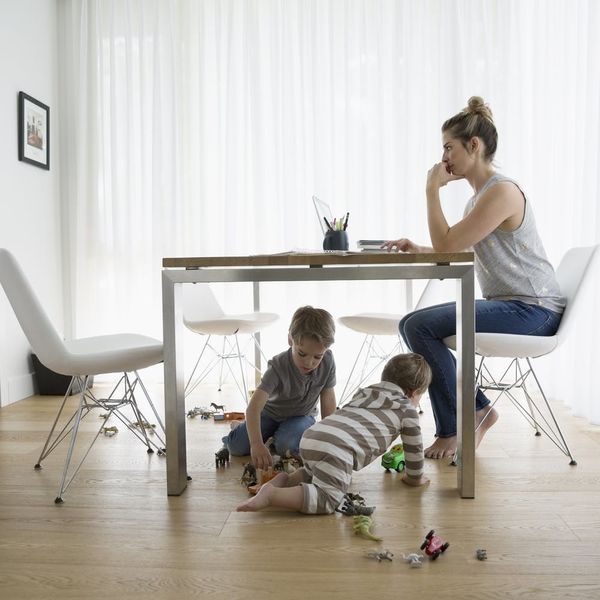 According to a 2018 annual study on American freelancers, more people, and especially millennials, have “chosen” to freelance this year than ever before. And as these survey results have been recirculated online amid the holiday year-in-review cycle, their framing has rankled some of the nearly 60 million freelance workers across the US. Many feel the survey breakdown misses the mark on who, why, and how people are freelancing in 2018.

In particular, people online are taking issue with an article for Fast Company by Stephanie Kasriel, the executive of Upwork (which co-sponsored the study with the Freelancers Union), that breaks down the study’s findings.

“[The study] reveals Americans’ increasing preference to work where they want, when they want, and on the work of their choosing,” Kasriel writes. “Simply put, despite a years-long economic boom that has created more full-time, 9-to-5 jobs than available workers, more and more Americans are choosing the lifestyle of independence that comes with freelancing.”

And sure, for some, a “lifestyle of independence” may be the driving motivator for self-employment. But for many freelancers — particularly women — freelancing is less of a choice than a necessity.

Twitter users took Fast Company and Kasriel to task for both the article and the study that informs it, particularly taking umbrage with the idea that freelancing was an easy choice that they made. Many tweeted that their freelance careers were a less of a “decision” and more of a forced necessity. Others pointed out that many corporations have simply done away with more and more full-time employees, only to rehire former staffers as freelancers at lower rates and without benefits. And still others pointed out that many freelancers are underpaid, overworked, and not given on-the-job training.

All of these factors are true for women, but weighted by the additional burdens of logistics and discrimination that come with raising a family while working. American women have little access to affordable care, which forces millions of qualified women to stay home to care for their children or take precarious, freelance work to help make ends meet while caring for their children.

Of course, raising a family is an issue for both men and women, but disproportionately, the burden of raising children falls on women for a number of reasons. With men continuing to out-earn women across industries, it often makes more sense for women to leave their jobs to care for children than it does for their male partners.

In fact, more than a quarter of American families spend over 10 percent of their family income on child care. And although the median household income has finally reached its pre-2008 recession level of $61,000 per year, child care costs are soaring: The national average per child exceeds $9,479 per year. For many families, child care can be impossible or impractical to pay for. This pushes many women out of the regular working world and into freelance work, where hours are less set and women can focus on childrearing full-time, working part-time or off hours while remaining in the home.

But it’s not just child care access that may drive women to join the freelance workforce. Even being a woman who may, at some point, become pregnant can have detrimental effects on employment prospects. Last week, several former employees of Planned Parenthood accused the health care providers of using discriminatory hiring policies against women, alleging that the organization refused them medically necessary breaks and refrained from promoting women who might become pregnant in the future.

Though labor laws that prohibit pregnancy discrimination have driven down its occurrence, the US Equal Employment Opportunity Commission still receives more than 3,000 complaints a year from women reporting workplace discrimination based on their pregnancies. Add to that the persistent reality of job stagnation for women, and the lack of women in leadership roles working to promote other women, and the bleak realities of work can lead women to leave full-time jobs altogether — whether or not they have kids, are pregnant, or plan to be.

Kasriel points out that 42 percent of survey respondents agreed that they took freelance work because of the flexibility it provides. Although spun as a positive, that isn’t necessarily a good thing: Those respondents also admitted that they can’t find traditional jobs that fit with their personal needs, which may include child care, long-term illness, or disabilities that keep them from working in a traditional office environment.

And while freelancers are earning more than they have in the past, overall, women still earn far less than their male counterparts in the freelance world. That discrepancy is due, in part, to the fact that women who are entering the world of freelance are doing so using their previous employment as a jump-off for their contract negotiations.

Although trends show that more and more people may choose, or be forced into, freelancing work by 2020, without better access to child care, health care, and maternity leave, women will continue to be left out, no matter how much we lean in.

Kat Armstrong
Kat has been a writer, social media maven and mom for longer than she's willing to admit. She's also spent time in front of and behind the camera, interviewing celebs, politicians and acting as a producer for fashion and artistic photography shoots. When she isn't writing for various orgs and publications, she's hanging with her kids, husband and French Bulldog, Peter, in Toronto, Canada.
Career
Current Events
Career