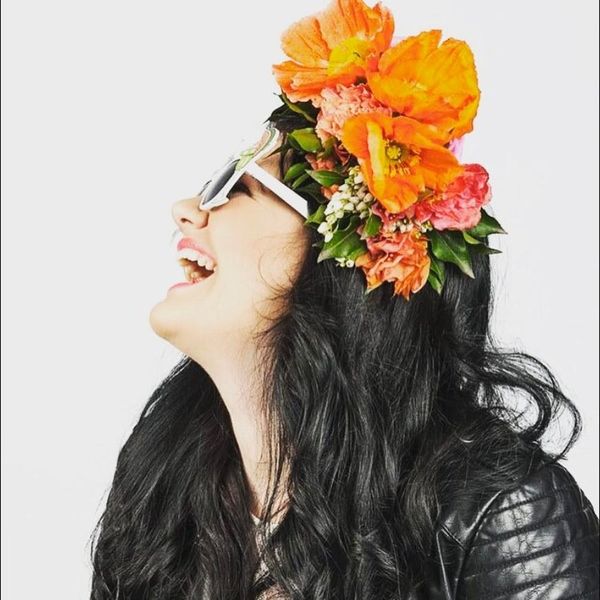 While makeup can be incredibly fun and even empowering (as this Instagram model/artist with vitiligo proved), sometimes the ultra-polished looks from makeup tutorials can be hard to nail if you’re not a professional. For beauty junkies everywhere who need a laugh, Australian radio host Tanya Hennessy just made the LOL-worthy makeup tutorial parody of all time.

What a crazy few days. Almost at 23 million views!!!😘 @refinery29 wrote such a beautiful article about my comedy, check it out on my FB page x

The 31-year-old comedian posted her now-viral video “Realistic Makeup Tutorial,” and Facebook and the clip already has 6.1 million views. She starts off with saying how she’s been putting off making her “everyday makeup tutorial” for months (every makeup tutorial addict has heard that line before!), and how she’s glistening with perspiration, as she says, “I walked up the stairs of my apartment, and I don’t do any cardio, so that really exhausts me.”

Looking like a smug pug cause after 8 months of putting it off. I finally filmed my make up tutorial video 🙌🏻🙌🏻

She continues with some quotable quotes, including: “So after I’m done with brows and finished with yelling at my boyfriend,” and “Then I try to blend it together with no idea.”

But we won’t spoil all of the fun. Plug in your headphones and watch the video below for some midday laughs.

Who else can totally relate to this video? Tweet us @BritandCo!