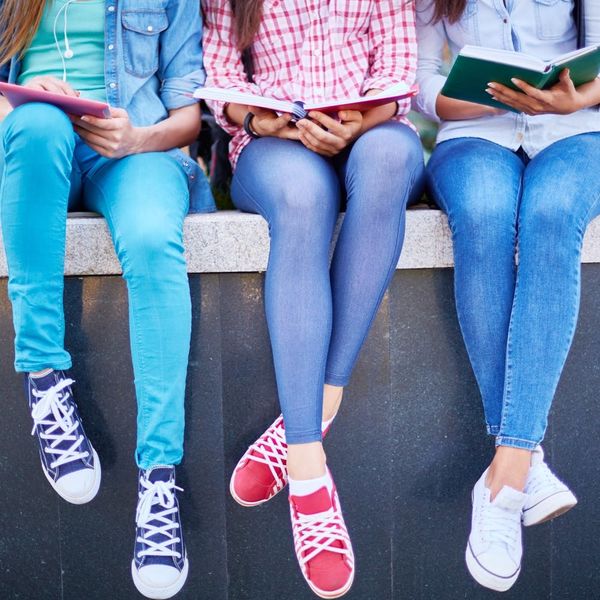 UPDATE (March 12, 12:42 EST): Target spokesperson Danielle Schumann has issued a statement on the recall to say the following: “Target is committed to providing high quality and safe products to our guests. Due to safety concerns identified in the CPSC press release, a pair of Cat & Jack girls jeans were recalled. If a guest owns an item that has been recalled, he or she should return the product for a full refund.”

Target has been plenty busy revamping its apparel offerings, with stylish new threads from size inclusive clothing lines such as Universal Threads and A New Day. One of its childrenswear collections, however, has found the company in some hot water with parents over safety concerns.

Kids’ brand Cat & Jack, which made its debut in 2016, has a warning out on its Star-Studded Skinny Jeans, sold in sizes 4-18P from September through November 2017. While the denim was cute as can be, featuring smattered star adornments below the shin, the US Consumer Product Safety Commission is now reporting that those stars can detach, resulting in minor injury to at least five girls who received lacerations to the skin from the metal embellishments.

The recall of 30,000 pants was voluntarily put in place by the company’s Chinese manufacturer, Topson Downs, after it began receiving complaints about the lack of staying power on its stars.

Though Target has not issued a statement on the recall, it IS offering refunds to anyone in possession of the jeans who contact 800-440-0680. You can also get more information online here.

Where do you buy your kids’ jeans? Share over @BritandCo.

Nicole Briese
Nicole is the weekend editor for Brit + Co who loves bringing you all the latest buzz. When she's not busy typing away into the wee hours, you can usually find her canoodling with her fur babies, rooting around in a bookstore, or rocking out at a concert of some sort (Guns N' Roses forever!). Check out all her latest musings and past work at nicolebjean.com.
Denim
Style News
Denim Jeans target