The 15 Most Wonderful Witches of All Time 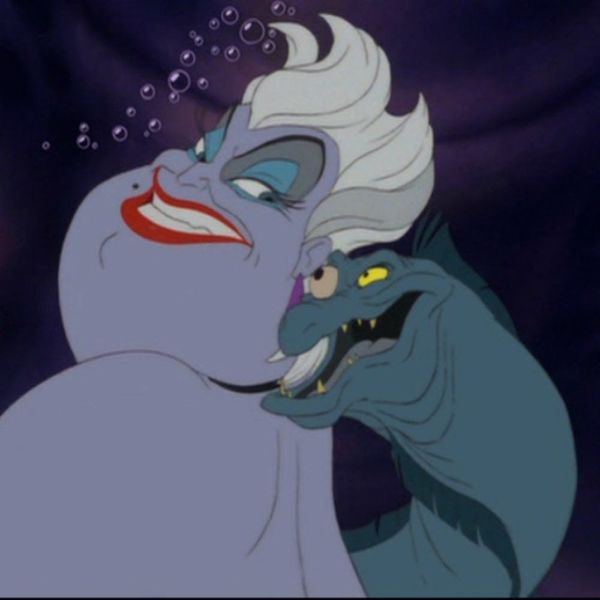 Halloween is less than a week away, and some of us are feeling stuck when it comes to thinking of costumes. Luckily, we’ve got some major witchy inspiration for you with our 15 favorite witches to add spooky vibes to your Halloween night out.

1. Miss Eglantine Price, Bedknobs and Broomsticks: This classic Disney witch is one of the “good” witches we immediately think of when someone says anything about “favorite witch.”

2. Willow Rosenberg, Buffy the Vampire Slayer: How can you not love the first openly gay witch on TV? Everything about Willow is iconic, and she’d still make a killer (and easy) Halloween costume.

4. Maleficent: While we’ve known about Maleficent for years, the portrayal by Angelina Jolie elevated this witch from famous background character to fully fleshed and important star.

5. Nancy Downs, The Craft: While Nancy doesn’t turn out to be a very good witch (spoiler alert), The Craft is one of those Halloween witch movies that has become a classic.

6. Salem, Sabrina the Teenage Witch: Honestly, what’s better than a cat that’s also a witch? Nothing. That’s what.

7. Hermione Granger, Harry Potter Series: Let’s be real — if it weren’t for Hermione, we’re not sure Harry could have done half of what he did. Which is one of the many reasons why Hermione is one of the greatest witches there ever was.

8. Prue Halliwell, Charmed: Shannon Doherty is going through some tough times right now, but she’ll always be one of our favorite TV witches. Prue Halliwell had the coolest abilities and was chill as chill can be, whether she was fighting demons or with her sisters.

9. Jesus Vasquez, True Blood: Jesus was the first boyfriend Lafayette had on True Blood, but he brought his own problems. Season four’s whole Jesus story allowed us to have Lafayette on our screens a lot, and that was a-ok.

10. Witch Hazel, Looney Toons: This is another childhood favorite, and did you know that this witch had a name — Hazel? This witch embodies everything we love about famous witches: comedy and magic and a cute wart on her nose.

11. The Wicked Witch of the West, The Wizard of Oz: How can you not love this witch? Sure, she’s pure evil, but she owns the classic “green witch” look. She also rides her broom like a boss and has a pretty amazing castle.

12. Melisandre, Game of Thrones: Melisandre is the HBIC on GoT these days, and if the internet is to be believed, she may hold several keys to unlocking the mysteries of the whole series. Her magic is real, and she’s cold as ice. But so far, she’s also been really good at convincing people to do her bidding.

13. Glinda The Good Witch, The Wizard of Oz: Glinda floats around in a bubble, has an awesome outfit and sings like an angel. She’s basically every little girl’s (and some boy’s) absolute fairy princess fantasy. Granted, she gives Dorothy the Ruby Slippers and celebrates the Witch getting smashed by a house, but look at her outfit!

15. Ursula, The Little Mermaid: The best there ever was, right? Ursula has become everyone’s fave so-good-she’s-bad witch, and we can’t blame anyone for loving her.

Kat Armstrong
Kat has been a writer, social media maven and mom for longer than she's willing to admit. She's also spent time in front of and behind the camera, interviewing celebs, politicians and acting as a producer for fashion and artistic photography shoots. When she isn't writing for various orgs and publications, she's hanging with her kids, husband and French Bulldog, Peter, in Toronto, Canada.
Halloween
Halloween Costumes
Halloween Halloween Costumes
More From Halloween Costumes