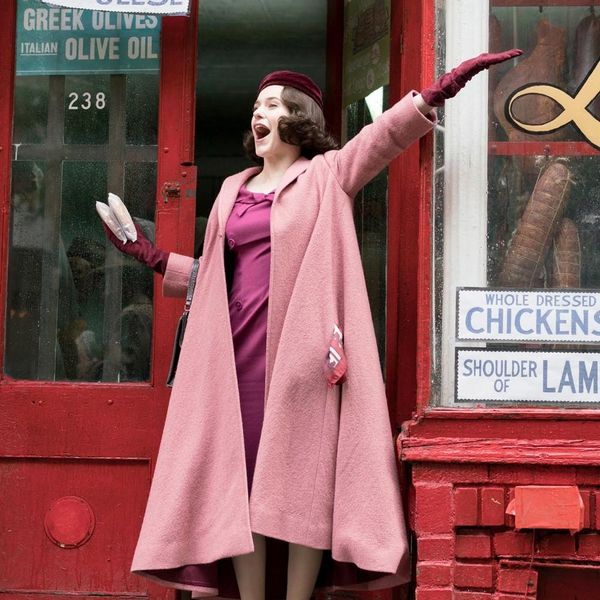 Amy Sherman-Palladino certainly knows how to create wildly popular television: One needn’t look any further than Gilmore Girls for proof. With a second fan fest for the show stirring up plenty of excitement, it’s clear Sherman-Palladino has the hit-making knack. That’s why you’ll be psyched to find out that she has a brand new — and totally quirky! — series in the works.

The Marvelous Mrs. Maisel is a possible new series for Amazon written and directed by Sherman-Palladino and executive produced by her hubby and professional partner, Daniel Palladino (who has also produced and directed for GG). With the pilot dropping later this month, the show will star Rachel Brosnahan (House of Cards) as the title character, Miriam “Midge” Maisel, who, according to EW, is “a 1958 New York City woman who goes from uptown housewife to stand-up comic in Greenwich Village.”

With Michael Zegen (Boardwalk Empire) playing Midge’s husband Joel Maisel, Alex Borstein (Family Guy), Tony Shalhoub (Monk), and Marin Hinkle (Two and a Half Men) rounding out the cast, we can’t wait to check out The Marvelous Mrs. Maisel when it premieres on Amazon Video March 17: We’re already grinning at the potential silly situations this series could present! And with a mastermind like Sherman-Palladino at the reigns, it’s a safe bet we’ll be laughing as hard as we cried during her more dramatic scenarios.

Fingers crossed that this gets picked up and becomes our fave new show. (Sorry, Rory.)

Are you excited to watch The Marvelous Mrs. Maisel? Let us know @BritandCo!

Desiree O
Desirée O is a ‘Professional Bohemian’ who loves anything and everything related to the arts, entertainment, and pop culture. She ADORES being a ‘Newsy’ for Brit + Co, covering all of the latest tidbits of awesomeness that you want to read about. When she’s not writing, she’s either making messy art, going on long adventurous walks with her camera, or poking around over at bohemianizm (http://www.bohemianizm.com/). You can find out about Desirée O and her work at http://DesireeO.com/ or follow her on Twitter @DesireeO.
Gilmore Girls
Pop Culture
Gilmore Girls
More From Pop Culture