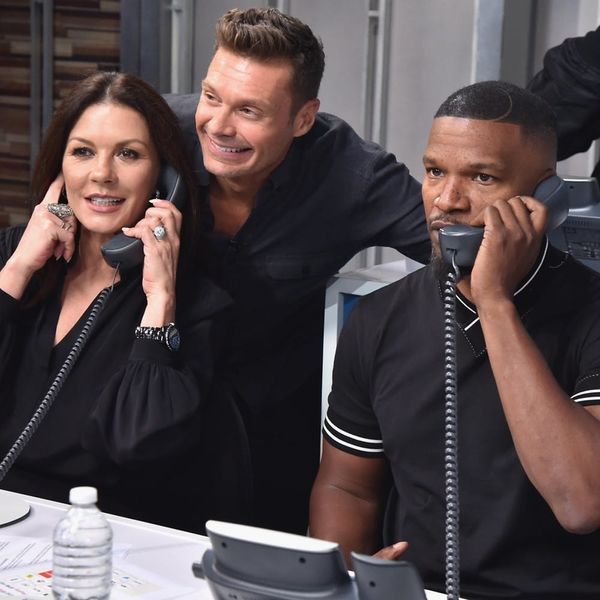 A massive group of the biggest names in movies, TV, and music came together to help raise over $44 million for victims of Hurricanes Harvey and Irma at the Hand In Hand telethon Tuesday night.

The one-hour, commercial-free special aired live from locations in Los Angeles, New York City, and Nashville on major networks such as ABC, CBS, E!, Fox, and NBC. It was also live-streamed across Facebook, Twitter, YouTube, and Apple — the latter of which donated $5 million, according to Stephen Colbert.

Stevie Wonder kicked off the show with a rendition of “Lean on Me,” while stressing the importance of coming together to help those in need.

“We come together today to love on people that have been devastated by the hurricanes,” he said. “When love goes into action, it preferences no color of skin, no ethnicity, no religious beliefs, no sexual preferences, and no political persuasions. It just loves.”

Some, including George Clooney, Julia Roberts, Stephen Colbert, and Selena Gomez, updated viewers on donation tallies and spoke about the urgency of the situation and the need for donations. Others, such as Beyonce, took the opportunity to get a little political.

“During the time where it’s impossible to watch the news without seeing violence or racism in this country, just when you think it couldn’t possibly get worse, natural disasters take precious life,” she said in a taped video message. “The effects of climate change are playing out around the world every day. Just this past week, we’ve seen devastation from the monsoon in India and 8.1 earthquake in Mexico and multiple catastrophic hurricanes… We have to be prepared for what comes next, so tonight we come together in a collective effort to raise our voices, help our communities, to lift our spirits, and heal.”

There were also multiple musical performances, including a special collaborative cover of “With a Little Help from My Friends” by Demi Lovato, Brad Paisley, and Darius Rucker, live from Nashville.

By the end of the telethon, $14 million had been raised, and this morning, ABC reported that the total increased to over $44 million overnight.

The telethon was initially intended as relief for the victims of Hurricane Harvey in Texas, but it was expanded to help those affected by Hurricane Irma as well. As of now, proceeds will go to Habitat for Humanity, Save the Children, the United Way of Greater Houston, as well as local charities including the Rebuild Texas Fund, Direct Relief, and Feeding Texas.

If you didn’t get to watch the telethon live, there’s a full archive on YouTube, and even the day after, it remains a powerful and unifying event. As Billy Crystal said in closing the show, “This is what America is all about… a gathering of people from all across the country.”

Did you watch any of the Hand in Hand benefit? Let us know @BritandCo!