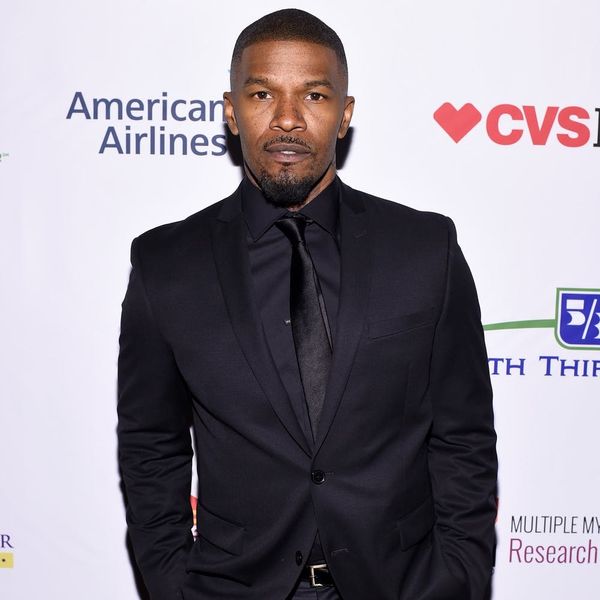 As Texas continues to be partially submerged under massive floods due to Hurricane Harvey, people all over the country are looking for ways to help with relief efforts. Celebs are stepping up too: Leonardo DiCaprio and Sandra Bullock each pledged $1 million, Miley Cyrus donated $500,000, and now Jamie Foxx is taking action in the wake of this brutal ecological disaster. On his Instagram account yesterday, the rapper/actor announced that he’ll be participating in a telethon in support of his home state.

“Just wanted to let everyone in Texas know, we got you. From a fellow Texan, my heart goes out, my prayers go out,” Foxx told fans, adding that he had donated $25,000 to Global Giving. “September 12, we have a telethon that we’re doing. We’ll give you more details so we can raise as much money as we can for everybody down there.”

According to TMZ, the show is being organized by the same folks who organized the Ariana Grande One Love Manchester fundraising concert, and it will be hosted in three cities simultaneously — New York, Nashville, and Los Angeles.

All of the major networks will run the show in primetime, but only for one hour. There are likely to be performances by celebs, but the focus will be on raising as much money as they can for Texans affected by the disaster.

How are you supporting Hurricane Harvey relief efforts? Tell us @BritandCo.