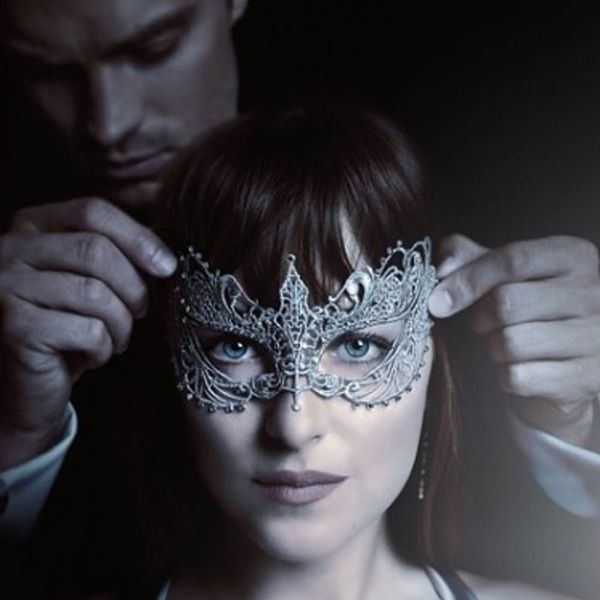 Just yesterday, Fifty Shades Darker was teasing us with a first look at the feisty new film while daring us to “slip into something a little darker.” Now, we’ve been given an even deeper look at the super sexy, wildly complicated masquerade that Christian and Anastasia have stepped into in the first trailer for Fifty Shades Darker.

Pumping out a sensuously slowed-down version of “Crazy in Love” performed by Miguel, the trailer demands “no more rules, no more punishments and no more secrets.” But it’s not that simple, as outside factors, internal struggles and super hot sexiness all come together in this red hot sitch. We’re talking elusive characters who seem to know keys to the mystery, sizzling shower scenes and a haunting figure that asks, “Do you think you’re the first woman who’s tried to save him?”

Starring Dakota Johnson again as Anastasia Steele, her character is obviously evolving as she continues to challenge Christian Grey, played by Jamie Dornan. Coming to theaters next Valentines Day, this will certainly get your blood boiling in one way or another. “Intrigued?”

Does this make you even more excited about Fifty Shades Darker? Tweet us @BritandCo!