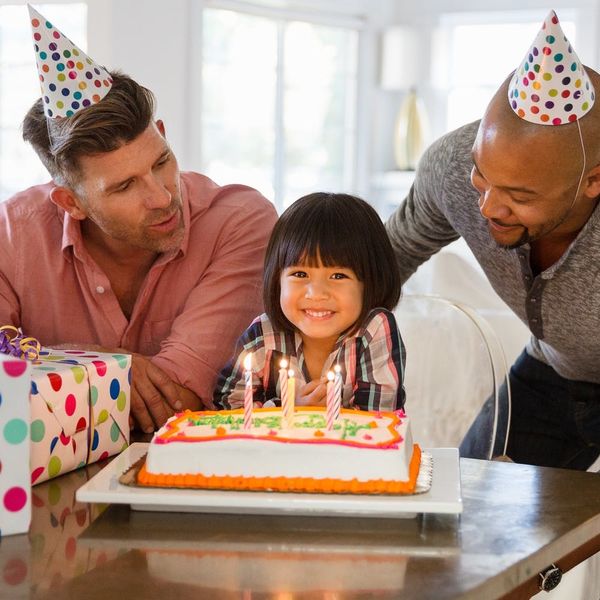 In January, the Department of Health and Human Services quietly announced that a federally funded, Christian foster care agency would be allowed to reject non-Christian and same-sex families looking to foster children in need.

The South Carolina agency, Miracle Hill Ministries, had been involved in a legal battle to receive a permanent state license. Miracle Hill initiated the proceedings after being notified by the state that its policies were in violation of a 2014 federal order barring anti-LGBT discrimination by government contractors. The agency reportedly turned down same-sex couples for foster parent applications. Miracle Hill defended its practices on the basis of religious freedom, testing the bounds of the Religious Freedom Restoration Act.

Last month’s HHS declaration sets a dangerous precedent for child welfare organizations to discriminate against prospective adoptive and foster parents, so long as they cite faith-based objections. It’s terrible news for scores of non-Christian and same-sex individuals who wish to foster or adopt, but even worse for the hundreds of thousands of children currently inside the already overburdened and often dysfunctional US child welfare system — one that already perpetuates systems of inequality.

DISCRIMINATION, BIAS, AND KIDS IN THE SYSTEM

Most child welfare cases are handled at the state level, with accountability to federal agencies. These include the Department of Health and Human Services, Child Protective Services, the Administration for Children and Families, the US Department of Housing and Urban and Urban Development, and the Office of Refugee Resettlement, among others. But these federal institutions are typically only involved at the resource level. Public and private adoption agencies handle cases on the ground, and some (but not all) private agencies may receive federal and/or state funding for their work.

The adoption and foster care systems are similar, but not the same. Most kids who are adopted are infants or toddlers, and their biological parents have relinquished all parental rights.

The foster care system is different in some important ways. The main distinction is that foster children’s parents relinquish some of their parental rights but are potentially able to take back full custody of their kids, or have had some of those rights taken away by the state but are able to maintain other rights while their child is being cared for in a group home setting or by foster families.

While African Americans account for less than 15 percent of the total US population, a 2016 government survey found that nearly a full quarter of children in the US foster care system were Black — a figure that marked an improvement over past years. This racial disparity can be at least partly attributed to the system’s removal of children from parents who are incarcerated. Black people are arrested and incarcerated at significantly higher rates than their white peers, resulting in around one in nine Black children having a parent behind bars in the US.

Child welfare advocate Amnoni L. Myers writes in The Root that additional factors account for the racial imbalance within the child welfare system, including racial bias among social workers in reporting. In general, Black, brown, and Indigenous families are the most impacted by child welfare agencies such as Child Protective Services, which has been reported to disproportionately supervise (and scrutinize) Black families over white families. According to a report in The Appeal on racial biases in child welfare, Black mothers have been known to be discriminated against in court for insubstantial supposed transgressions, such as deciding whether to co-sleep with their children.

THE PRICE OF “RELIGIOUS PROTECTIONS”

John Sciamanna, the vice president of public policy for the Child Welfare League of America, tells Brit + Co that the US government’s reliance on non-profit and charitable organizations (including religious agencies) to oversee adoptions and foster placements has exacerbated harmful outcomes in the system. Miracle Hill exemplifies this shift, but it’s not an outlier: Between 2017 and 2018, the ACLU took on two lawsuits related to discriminatory “religious protections” in Michigan and Pennsylvania. In Sciamanna’s view, cases like these highlight a dangerous trend in child welfare outcomes that is “driven by the conservative movement and enabled by the [Trump] administration to rationalize bad policies that harm children under the guise that it’s religious freedom.”

Whether or not the Trump administration is explicitly hoping to undermine the rights of prospective same-sex parents or any other demographic, the Miracle Hill decision is consistent with HHS secretary Alex M. Azar II’s demonstrably conservative approach to LGBTQ+ issues. Reports emerged in October 2018 that the HHS was seeking to narrow the department’s definition of “gender” to the biological sex a baby is assigned at birth. Civil rights activists were immediately alarmed by the damage such a policy would have for the trans community, and for the LGBTQ+ community as a whole, and wrote to secretary Azar urging against this change.

The religious protection of discriminatory agendas was, however, set in motion before Trump took office.

In 2014, President Obama issued a new mandate barring agencies that receive any federal funding to discriminate against LGBTQ+ people. But in a grim twist of irony, Obama’s order coincided with the Supreme Court’s 5-4 ruling in the now-infamous “Hobby Lobby” case. As Justice Ruth Bader Ginsburg warned at the time in a fiery, 35-page dissent, the ruling would expand the Religious Freedom Restoration Act to potentially allow for all sorts of discrimination on religious grounds — which HHS has just proven to be true.

While Christian faith-based organizations are not the only agencies that facilitate adoptions and foster care, any discrimination in the system is harmful. Leslie Cooper, Deputy Director of the ACLU’s LGBT and HIV Project, tells Brit + Co that discrimination against gay parents, in particular, could be catastrophic for children in the system — many of whom are LGBTQ+ themselves.

“It’s saying to these young people that these agencies that are caring for them consider them to be unsuitable parents when they grow up. What a message,” Cooper says.

Cooper also emphasizes that discrimination can deter qualified, prospective same-sex parents from becoming parents, because they become discouraged and frustrated by the process. While many people might suggest that same-sex couples simply skip religious agencies, Cooper says that it is unacceptable to tell potential parents that they have to seek alternatives simply because they are gay.

Sciamanna says that there is no “silver bullet” to correct issues within the child welfare system, but his primary worry is that policies will be put into place to make it easier and faster for the government to strip existing parents, in vulnerable situations, of their parental rights. He also fears future attacks on the Multi-Ethnic Placement Act of 1994, which was intended to protect children in foster/adoptive care, as well as prospective parents, from discrimination based on race, ethnicity, or nationality.

One piece of potentially helpful legislation will soon be implemented. The Family First Prevention Services Act was passed as part of the bipartisan budget act in February 2018, and includes funding provisions to assist families who are at risk of entering the child welfare system. Through this Act, families could potentially receive services that would help avoid getting into the system in the first place: mental health services, substance abuse treatment, and parenting skill training. Sciamanna notes that, at least for now, policies like these can fill certain systemic gaps.

Meanwhile, the ACLU and other rights organizations will continue to fight child welfare discrimination in the court system. However, they may be met with difficult odds if their suits make it to the Supreme Court, which is now stacked in favor of conservative positions.

Elizabeth King
Elizabeth King is a politics, history, and culture writer based in the Twin Cities. She is generally pretty cranky but still enjoys traveling, music from the early 2000's, and plotting the resistance. Feel free to say hi on Twitter at @ekingc or check out some of her work at www.elizabethcking.com.
Controversy
Politics
Controversy Family LGBTQ Politics
More From Politics