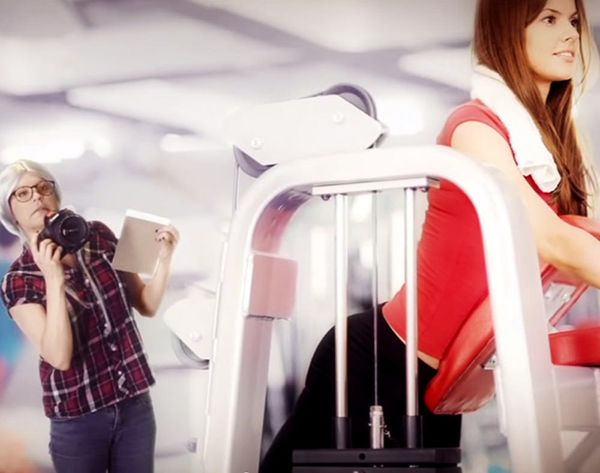 We’ve all heard about the “thigh gap,” the space between a woman’s upper thighs. That empty space leave us with lots of questions: Why are we obsessed? Where did the cultural phenomenon stem from? And most importantly, why did College Humor‘s parody of “dat gap” go viral? The Anthropology of a Thigh Gap dubs the phenomenon as one of human evolution’s greatest mysteries, “engaging in the idolatry of nothingness.” The video is LOL funny, while still being kind of profound.

While we all work on our Kim and Beyonce backs, Target is making public apologies for their thigh-gap Photoshop fail of a teenage girl in a bikini who is… what the heck?! Missing her crotch?!?!

Likewise, fashion photographer Guy Aroch recently turned his lens toward the phenomenon in a video titled, The Magic Gap, which was apparently intended to “diffuse” the thigh gap obsession, has been denounced as doing anything but. Dubbing the space as magical was Aroch’s first mistake. Let’s not give the term an enchanting ring, mmmkay?

Alright, now the moment you’ve all been waiting for, College Humor’s antics. Open your notebooks and sharpen those pencils, class is in session.

What are your thigh gap thoughts? Let ’em loose in the comments below.

Michelle Swift
Michelle Swift is a freelance writer and blogs on michelleswift.com. She has an affinity for running, culinary eats, travel and sparkly gold things. People and adventure light her up like a hot pink neon sign!
Health
More From Health