This Is the Forgotten, Clinton-Era Law Behind Today’s Immigration Crisis 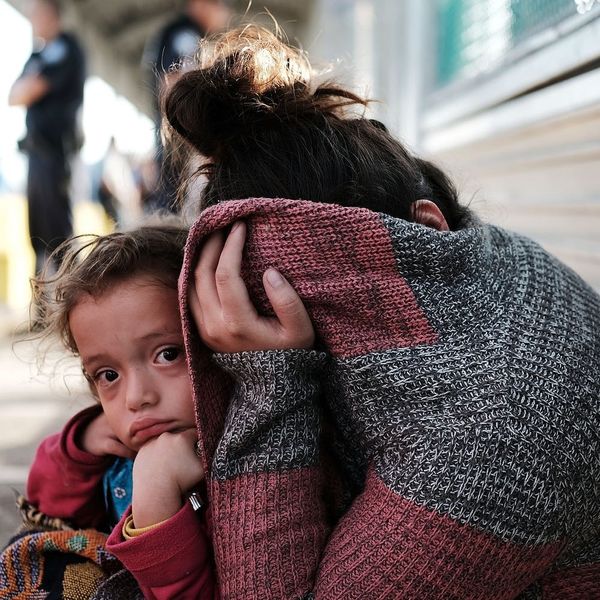 The main talking points in today’s immigration discussions are centered on immigrants living and working in the United States without legal status. While many political conservatives will argue that these individuals are not only potentially dangerous but also breaking federal law, what’s less often discussed is why the US has nearly 12 million undocumented people living and working in the country in the first place. It all goes back to a decision made over 20 years ago.

In 1996, then-President Bill Clinton signed into law the first major immigration reform the US had seen in a decade. The Illegal Immigration Reform and Immigrant Responsibility Act of 1996 not only made it harder for immigrants to obtain visas and secure a path to citizenship but also made immigrants with or without visas easier to deport. The legislation further puts millions of immigrants already living in the US in the position of having to choose between a dangerous, undocumented US life in the shadows, or risking deportation by attempting (and potentially failing) to gain legal status in the country where they may have been living and working for years.

“The ‘96 reform, which we lovingly refer to as IIRAIRA [pronounced ‘Ira-Ira’], pretty much broke the immigration system into what it is today,” immigrant justice attorney Atenas Burrola told us. “What it did was it essentially shut down the type of migration that had historically happened at the southern US border.”

Before 1996, many undocumented immigrants were able to apply for legal status once they’d been in the US for at least seven years. These individuals would have to demonstrate that it would cause them “extreme hardship” to get deported, which was itself a risk. But this was a path to legal immigration that closed off entirely after the passing of IIRAIRA.

Another major provision of IIRAIRA was the introduction of what immigration policy watchers know as “three- and 10-year bars.”

The three- and 10-year bars even applied to people who married a US citizen or legal permanent resident (or had a child who was one of the two), as these people would have to leave the US in order to apply for a green card, even though they were legally entitled to obtain one. So, it’s not surprising that three- and 10-year bars made many people fear being barred from re-entry if they tried leaving the US in order to apply for visas and immigrate legally, especially if they had families and lives in the US or limited prospects of work in their native countries. And so, millions made a tough choice to stay and live and work in the US hoping not to get caught without papers because, if they were, the results could be disastrous.

After IIRAIRA, immigrants — even those who were in the country legally under visas or green cards — became eligible for deportation if they’d been convicted of a wide variety of crimes, including some non-violent offenses. Any unauthorized migrants who were apprehended by US law enforcement within 100 miles of the border could also be deported. Unsurprisingly, deportations out of the US spiked after 1996.

Ironically, the huge rise of deportations that happened after IIRAIRA led to the Central American gang violence epidemic that migrants from Honduras, Guatemala, and El Salvador are currently fleeing. Without IIRAIRA, it’s likely that the US would not be experiencing today’s border crisis.

While many might argue that removing immigrants without status from the US is a good thing, regardless of whether or not people have been convicted of a crime, Burrola points out that large-scale deportation would probably have such a negative effect on the economy that many industries could crumble entirely.

“[Mass deportations] will decimate the economy,” she says. “The American Immigration Council actually has a sheet that lists how much immigrants pay in taxes by each state. It lists their buying power in each state, and in North Carolina [Burrola’s home state], it’s over a billion dollars in federal taxes and three hundred million in state and local taxes and that’s what immigrants, both lawful and unlawful, pay.”

“The construction industry, the hospitality industry, the restaurant industry, and agriculture would collapse because [documented American] people just aren’t willing to do those jobs,” she goes on to explain.

With immigrants who have previously had protections through programs like TPS and DACA now at risk of being deported as well, an outcome that would send shockwaves throughout the country.

Burrola says: “Members of the workforce who have been here for over 20 years who own houses, who own businesses, now the government is trying to say ‘just kidding!’ and DACA holders are actually, they are a huge percentage of teachers in the US. So there are school districts in the country that should be concerned about this, because a lot of their teachers are DACA recipients — particularly the bilingual teachers. And that could have a really big effect on certain school districts — and that’s one part people don’t think about.”

In the meantime, what many people in the US are thinking about is how to help immigrants now. Burrola recommends that any citizen represented by a Republican senator call (202) 224-3121, enter their ZIP code and, when connected, state their support for Bill S.3036: the Keep Families Together Act.

And if you don’t know why you need to voice your support for this bill, Burrola doesn’t mince words: It’s time for Americans to get invested in immigration reform.

“A lot of people just don’t know [about what is actually happening at a legal level],” she says. “They don’t realize there is no line that most undocumented immigrants can just get into. You know, I hear all the time, ‘Why don’t they just get in line? Why don’t they just do it the right way?’ and it’s because they can’t. There is no line for them to get into, especially now that the Trump administration is trying to slash families and restrict lawful immigration. So, they’re telling people to get in line as [elected officials] are trying to close the door.”