This New “Dragon’s Breath” Pepper Is So Hot It Could Kill You! 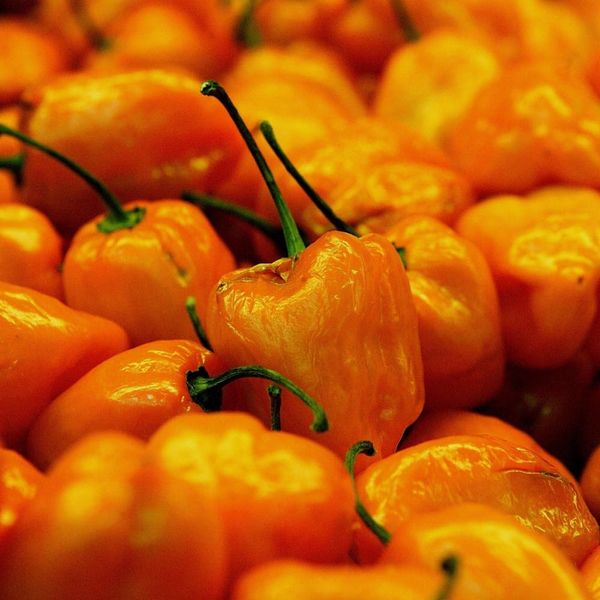 If you say “make it spicy,” we say “how hot,” and gladly whip up one of our fave super hot recipes. But even we’re bested at times — we’re eyeing you warily, Paqui’s Carolina Reaper chip. But apparently, even the fiercest fiery foodie doesn’t stand a chance against the Dragon’s Breath, a pepper so hot it could kill you!

Bred by Welsh horticulturist and flower shop owner Mike Smith, the Dragon’s Breath pepper is so hot, it could cause a life-threatening anaphylactic shock if consumed. Yikes!

To get a little perspective, the average jalapeño pepper ranges between 2,500 and 10,000 on the Scoville scale (i.e. the hot food scale). While the former top-spot holder, the Carolina Reaper, measures near 2.2m heat units, Dragon Breath Chili has managed to up the ante by measuring in at an inconceivable 2.48m on the Scoville scale.

The Dragons Breath Chilli, entered with the Guinness Book of Records as the Worlds Hottest Chilli @ 2.48 mill Sch Uns pic.twitter.com/zXUu8fXRCL

Frankly, this pepper is so insanely intense, no one’s been able to eat one yet, with Smith telling the Daily Post, “It’s not been tried orally. I’ve tried it on the tip of my tongue and it just burned and burned. I spat it out in about 10 seconds.”

And if that leaves you wondering what the heck it’s good for, well, as the pepper was created in partnership with Nottingham Trent University, they’re hoping to use Dragon’s Breath for medical purposes. “This was developed because a lot of people are allergic to anesthetic, and this can be applied to the skin because it is so strong it numbs it.” Let’s just let that sink in: It’s *so* hot, it numbs the skin on contact. Yowza!

Desiree O
Desirée O is a ‘Professional Bohemian’ who loves anything and everything related to the arts, entertainment, and pop culture. She ADORES being a ‘Newsy’ for Brit + Co, covering all of the latest tidbits of awesomeness that you want to read about. When she’s not writing, she’s either making messy art, going on long adventurous walks with her camera, or poking around over at bohemianizm (http://www.bohemianizm.com/). You can find out about Desirée O and her work at http://DesireeO.com/ or follow her on Twitter @DesireeO.
Food Trends
Food News
Food Trends
The Conversation
Reviews:
More From Food News