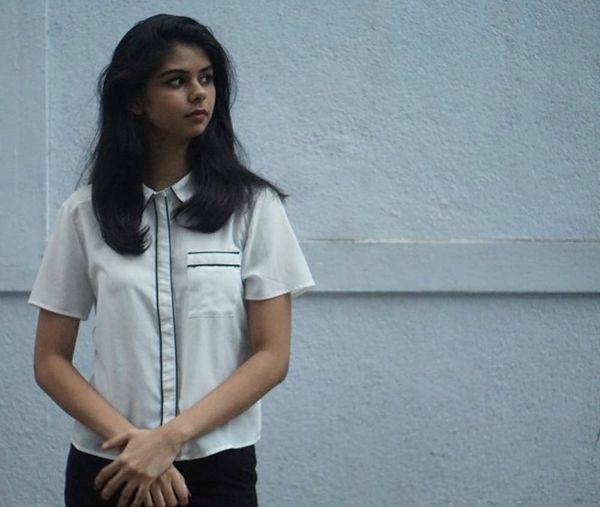 Body positivity has become a popular idea lately. No matter where we look in the media, we’re being told a different way to be more forgiving of, and develop a more affirming attitude toward, our bodies. On the surface, this isn’t a bad thing, but for 18-year-old slam poet Aranya Johar, most conversations about body positivity tended to be missing one key aspect of beauty standards: race. And so, she decided to make a video about it. That video, which she shared to Unerase Poetry, has earned her a massive following.

"It's time we loved all shapes and shades" Watch Aranya Johar's A Brown Girl's Guide To Beauty on UnErase Poetry's YouTube channel. Link in bio.

In Johar’s three-minute video titled “A Brown Girl’s Guide to Beauty,” she touches upon the problematic stigma of dark skin tones and shadeism, and how prejudices about skin color are as deeply ingrained in us as ideas of the perfect body shape.

“It’s important we talk about these issues, as we’ve been taught to be silent about our entire life,” explained Johar in an email interview. “I think the concept of being ‘Ideal’ has been ingrained in us since a young age, either through our own interactions, media, and culture. It is time we broadened our definition of beautiful.”

During her own childhood, Johar said she felt herself disassociating from these topics and comparing herself to Bollywood actresses, hoping she would look more like them. “I know this was unhealthy, and surprisingly was encouraged by my peer group to base so much of our value off our resemblance to Western models,” Johar shared.

By filming “A Brown Girl’s Guide to Beauty,” Johar was hoping to start a conversation for both men and women who face difficulties day-in and day-out embracing their skin tones and bodies. “I just want people to adjust their definition of beauty to, in some way, include themselves,” she said. “I just want people to look upon themselves with pride and confidence, and my hope would be to have my piece help them do that.”

Her performance has definitely touched a chord with the audience. Johar has had many women reach out saying they finally feel at home in their skin and men thanking her for mentioning the hardships that they also face too, in the name of beauty. To date, her video has been watched over 600,000 times since it was published on July 7.

While this video is just the start of smashing Eurocentric beauty standards, Johar thinks we should create a platform and space for all kinds of body types and skin tones, explaining, “We need more magazines with plus-sized women, more magazines with brown girls in bindis, more cover pages with flabby but happy men, more coverage of black women with their natural hair. We need to create a platform for all kinds of beauty!” We are here for it!

What do you think of Aranya Johar’s “A Brown Girl’s Guide to Beauty”? Tell us @BritandCo!

Amanda Scriver
Amanda Scriver is a passionate storyteller and body image advocate based out of Toronto, Canada. When she isn't writing for various publications, she finds time to Keep Up With The Kardashians while partaking in life's greatest pleasure: the chip buffet. Don't ask her what her favorite restaurant is, it's complicated
Ladies First
Diversity
Ladies First
More From Diversity