This Viral “Invisible” Snake Pic Is Driving the Internet Mad 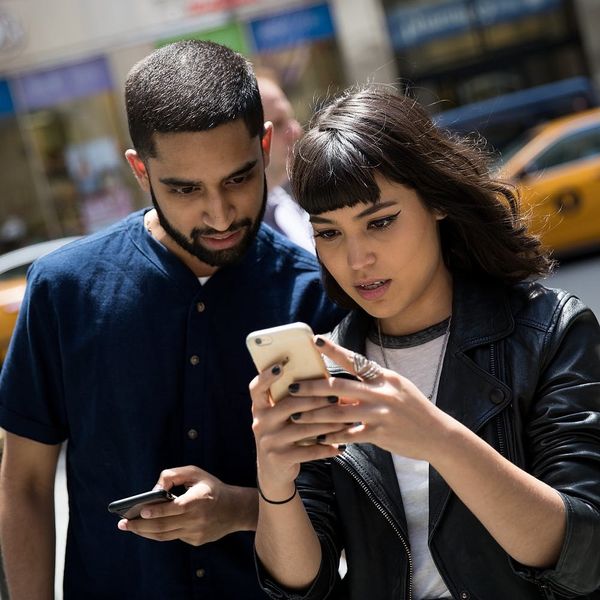 Every few months a viral pic sweeps across the internet, confusing the heck out of us. First it was #TheDress (yep, the black + blue or gold + white one, depending on how you saw it), followed by the similar color-mixing flip-flop sitch and even the shiny legs optical illusion. But now, the internet has collectively lost its mind over this new “invisible” snake pic. Yes, it involves a snake, but don’t worry! You probably won’t be able to see it anyway.

In the pic taken in Texas by photographer Jerry Davis and posted by a PhD student in snake biology, @SssnakeySci (AKA Helen), we can clearly see a shot of the ground covered in dried leaves, twigs, and little green plants. That seems to be it. But apparently there’s a snake in the shot. Right there in front of our eyes. If you haven’t already done so (and even if you have) take a peek at the maddening picture below…

Received this from a fellow HERper this morning. No caption needed, the task was implied: "can you spot the snake?" 🐍 pic.twitter.com/oVkjOm8ufy

Can you spot the snake? If so, you’re basically an eagle-eyed superhero of sight. If you can’t track down the slithery critter anywhere in the pic, you’re certainly not alone.

There are some who are downright confused…

@SssnakeySci @theurban_fairy Even when you see it it keeps disappearing #camouflage

Some who are wildly wrong…

And some who are just being totally cheeky…

However, it *is* there. The shivers creeping down our spines prove it. If you zoom in and look for a brown body with maroon-ish circular stripes…

If y'all haven't found it yet… Copperhead, aka Agkistrodon contortrix. Cute but venomous, so no touchy! ☺️🐍❤️ pic.twitter.com/pSVMIhFP0o

AAAHHH! There it is.

Maybe we were better off BEFORE we could see it.

Can you spot the snake (with or without help)? Let us know @BritandCo!

Desiree O
Desirée O is a ‘Professional Bohemian’ who loves anything and everything related to the arts, entertainment, and pop culture. She ADORES being a ‘Newsy’ for Brit + Co, covering all of the latest tidbits of awesomeness that you want to read about. When she’s not writing, she’s either making messy art, going on long adventurous walks with her camera, or poking around over at bohemianizm (http://www.bohemianizm.com/). You can find out about Desirée O and her work at http://DesireeO.com/ or follow her on Twitter @DesireeO.
twitter
Pop Culture
twitter
More From Pop Culture