How Trump’s Presidency Will Change International Travel for Americans 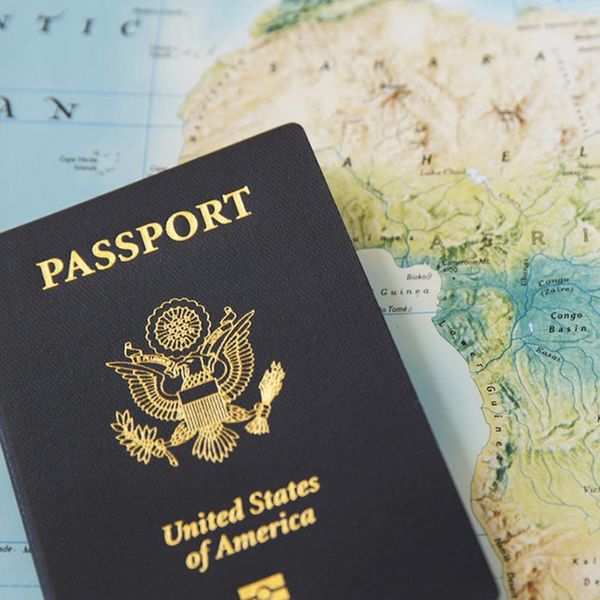 This past summer, just before the presidential race really ramped up, I embarked on a solo journey around Europe, the UK and the Republic of Ireland. I had a blast, and it was refreshing to escape the shit show that is American politics for a few weeks. And while I was doing my best to pretend to be an effortlessly cool European, once people discovered I’m American I was asked the same questions over and over (and over) again: What’s the deal with Trump? He doesn’t have a real shot, does he?

People were curious to hear about his campaign from the perspective of an American, and for that I cannot blame them. And as much as I was hoping to totally escape the election during my European adventure, I can understand their curiosity. But to be honest, I never really knew how to respond when asked about Trump. Back then, his chances weren’t looking good. He was in the news daily for sexual assault allegations as well as xenophobic, sexist and racist comments. But even still, he was the official Republican nominee. His name would be on the ballot. I couldn’t exactly tell people from across the globe that he didn’t stand a chance, when objectively, he did.

Instead, I chose to respond to them only with my personal thoughts on the situation. I told them that I am openly and strongly against most of Trump’s politics and even more so his comments about how it’s appropriate to treat women, immigrants and Muslims. I told them that what he has said publicly on those topics does not reflect my personal beliefs or the beliefs of most people I know. I’m not sure how comforting I was to them on a macro-level, but it was all I could really do.

Even before Trump’s win, Americans have a distinctly American reputation to many countries abroad. Many outsiders share a stereotype that we’re loud, closed-minded and arrogant. I’m not saying that this stereotype is true; I’m saying it exists. And whether you’re a supporter of Trump or not, his win will — and likely already has — affected how other countries and their residents view us. And for many, it’s not doing us any favors.

The day after the election, global newspapers and media outlets posted headlines that expressed both shock and outrage. The Qatar-based international news site Al Jazeera posted a story titled, “Donald Trump: The Islamophobia President.” UK paper Daily Mirror sent out an issue that depicted a photo of the Statue of Liberty crying alongside the headline, “What Have They Done?”

Additionally, the election has many international travelers questioning whether or not they want to pay us a visit anytime soon. Henry Harteveldt, a travel industry researcher, told the New York Times that “if certain groups are targeted, if hate speech is tolerated against certain ethnicities, inbound travel will dry up.” And considering that more money is spent in the United States by international travelers than anywhere else in the world, this should be a huge concern not only for our reputation — but for our economy.

I’m a big travel enthusiast and a member of a few travel-minded community groups on Facebook. I posed this question to one of the groups I’m in to see what other female, American travelers are feeling and how they will go about their travels post-Trump. One woman responded, “I was in Portugal last month and we finally changed our tactic to say we were Canadian to avoid conversations… perhaps not the ideal decision, but it certainly made our holiday more enjoyable.” Another American woman explained that she has dual citizenship and therefore two passports. She says she takes four international holidays a year and will continue to do so, but now has “NO intention” of displaying her American passport while on those trips.

I can’t tell you the right approach to take, but I can tell you what my plan is for the next four years: to travel respectfully and often. Whether you want to be or not, when you leave the country you arrive somewhere new as a representation of America. When people meet you, they form opinions of what Americans are like. While traveling abroad, I am always extra conscious of the stereotype Americans have as tourists. I try to be anything but that. I research the customs of the destination before I depart. I learn a few key words of their language. I try to leave my culture at the airport and embrace theirs while I’m visiting. In the simplest terms, you are a guest. It’s smart to behave as such. I’m going to do my part to be respectful and help the rest of the world realize not all Americans are the Americans they see on the news.

Secondly, I will travel often to remind my country’s administration that I am a globally minded individual with no interest in sealing myself off from the outside world. This is 2016, an era when countries all over the globe have a opportunity to easily work together to evoke change. We are a big country, but we’re not the center of the world.

Be respectful, be brave, be smart and travel on, ladies.

How have your thoughts on international travel shifted since Trump’s win? Share with us on Twitter @BritandCo.