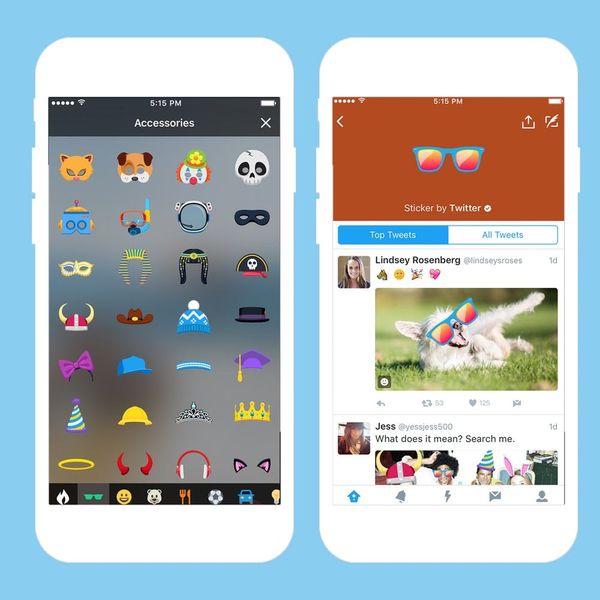 If there’s one thing that Twitter has taught us over the years, it’s the effectiveness of 140 characters. By now, we all know that short and pithy statements can be much more powerful than a long speech. But sometimes words just won’t cut it and you need a picture. And sometimes not even a picture will suffice. For those that need to say more than a million words with a picture, Twitter is rolling out something that will seriously upgrade your TwitPics.

The social network just announced that it is adding a new feature, #Stickers, to photos. They work just like stickers on any other app. Users can drag, drop, resize and play around with an assortment of stickers on every photo. But the one really cool feature about these stickers is that they also act as a tag. When someone clicks on the sticker, they will be able to see every other photo that also used it. So when there’s a cause or event worth tagging, users can look through everyone else’s snaps.

The sticker selection includes hundreds of emoji, accessories and props. Stick Champagne bottles on celebration pics, a smiling sun on summertime snaps — or maybe a viking hat for warrior moments? Whatever you’re looking to add to your photos, it should be coming your way soon.

The sticker feature will roll out over the next couple of weeks, so keep your eyes peeled (pun intended).

Which sticker are you most excited for? Let us know @BritandCo!