The Ultimate Workout for You, According to Your Zodiac Sign 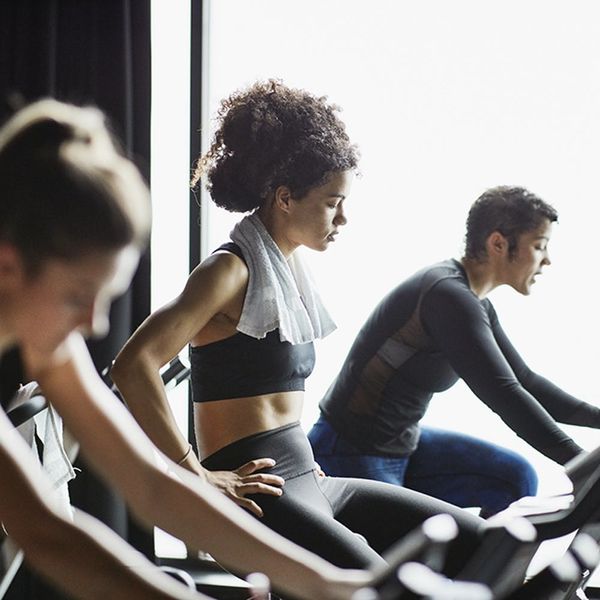 Dragging yourself to the gym is no easy thing, especially when it’s cold AF, you don’t own the right gear, and you have barely more than 20 minutes of free time each day. Add in the sore muscles you’ll have for the next few days as a consequence, and it’s like “What’s the point?” Well, the one thing that is sure to make a workout feel worth it is if you actually enjoy the exercise. It’s just a matter of finding the best fit. But don’t worry — we did some of the legwork for you. Based on your star sign, this is how you should get your sweat on.

Cycling: It’s no secret that Arians are intense, so if you want to get them invested in something, turn it into a contest. Ultra-trendy cycling classes are the exercise for them. Compete (either explicitly or implicitly) with your classmates to the sound of encouraging words from an instructor and the beat of electrifying music.

Weightlifting: Taureans, symbolized by the bull, are known to be as strong as the animal that represents them. And we’re not even talking about just physical strength: Their toughness and unparalleled work ethic make them prime candidates for the notoriously difficult anaerobic activity that is weightlifting.

Running: Your mind is constantly racing, Gemini, so you should be too. Probably the most popular form of cardio, running allows you to clear your head while burning calories. A treadmill will do the trick, but we recommend heading to a track or outdoors for a more therapeutic workout.

Yoga: Quiet, introspective and deep are three words that totally capture Cancers, which is why yoga, the one form of exercise that lends itself especially well to inwardness, is the ideal activity for this sign. Even though your shy nature might make you want to nama-stay in bed, it’ll be worth it to roll out your mat.

Dancing: Whether it’s a pole dancing or Zumba class, the confidence it requires to strut into a room full of strangers and, well, shake it is characteristic of Leos. Dancing might initially seem more like a recreational activity than anything, but it is a great way to get your sweat on and tone those muscles.

Jumping Rope: Virgos are the most practical of the group, so to them, working out is just another line on their never-ending checklist. It makes sense then that when they go to the gym, the main goal is to get in and get out. Enter jumping rope, an extremely efficient workout that burns up to 700 calories an hour, develops upper body strength, jumpstarts your digestive system, and more.

Team Sports: There’s no need to retire your jersey post-high school or college. Playing a sport such as tennis with a few friends or basketball, soccer, or volleyball in rec league, enables Libras to get their heart rate up while hanging with their pals. The ever-social sign will have a much easier time getting themselves to exercise knowing they can also get in quality time with their besties.

Boxing: Scorpios are fiery, so when they need to cool down, it’s no surprise that the pow, pow, pow of punching a boxing bag is paradoxically soothing. This underrated form of cardio is not only totally badass, but it boosts total body strength, betters hand-eye coordination, and actually does reduce stress.

Rock Climbing: Sagittarians are explorers at heart, so when they’re in need of some action, rock climbing is the answer. This adventurous activity, which can be just as thrilling at a rock wall inside a gym, builds endurance, increases flexibility, and develops muscle. But if you’re feeling particularly daring (and we know you are), head outside for some truly mountainous exercise.

Pilates: Thriving on order, Capricorns are cut out for Pilates, which is often done in classes under the guidance of an instructor. But this is no cop-out exercise. Capricorns love a challenge, and this extreme workout, which puts the focus on the core, is notorious for leaving practitioners sore for days.

Swimming: Of course Aquarians, the water bearers, have an affinity for the water. But we would also never expect this always-original sign to settle for a more standard form of exercise. Instead of heading to the cardio room, opt for the pool. Bonus: Swimming is a low-impact activity, meaning it results in fewer injuries.

Walking: Walking and talking is the workout for Pisceans. Similar to Libras, this social sign will be more inclined to get active if they have friends to do it with, which makes a brisk stroll the perfect exercise for them. And, speaking of incline, walking on a slant, even just a slight one, can burn a significantly higher number of calories than even running.

RELATED: Your Perfect Classic Cocktail According to Your Zodiac Sign

Annamarie Higley
Annamarie is a Californian who's been plopped in the middle of Missouri for her undergraduate studies in magazine journalism. She's a hiker, an eater, a lover of words. In her opinion, nothing beats a well-made breakfast sammy or a well-crafted sentence.
Healthy Living
Health
Healthy Living Womens Health Zodiac
More From Health