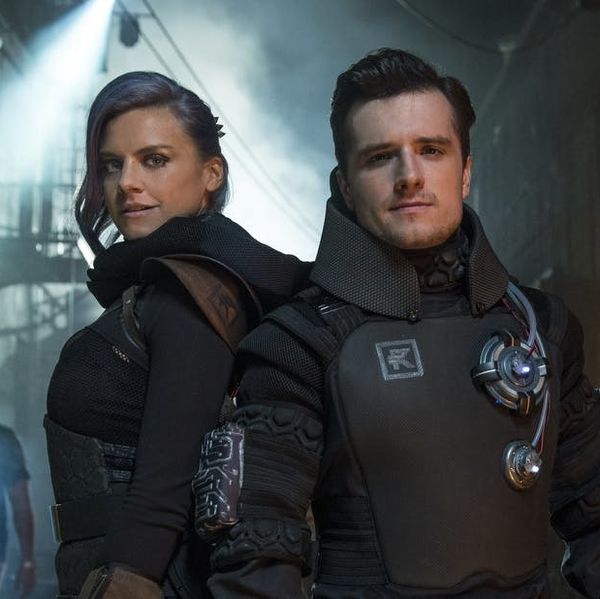 Hulu has been churning out gems since it premiered its first original series back in 2011. The streaming service already has a few major hits in its library of original content — including, notably, The Handmaid's Tale — and it's hard at work on a massive slate of new programming set to debut in 2019 and beyond. Generally speaking, though, its titles tend not to get the same kind of attention that Netflix original series and films attract, so some of its best content has flown under the radar. Here are nine Hulu original titles that are worth checking out. (Photos via Patrick Harbron/Hulu + Brandon Hickman/Hulu + JoJo Whilden/Hulu + Greg Lewis/Hulu)

Difficult People: Billy Eichner and Julie Klausner's comedy got the axe in 2017 after three seasons, but the existing episodes — which follow two 30-something best friends and aspiring comics trying to make it in New York City — are a treasure trove of esoteric, pop-culture-heavy cattiness that might not be for everyone, but is beloved by those who get it. (Photo via Ali Goldstein/Hulu)

Castle Rock: This Twin Peaks-ian supernatural series is an adaptation of the world of Stephen King, culling character, location, and other inspirations from the famed horror novelist's catalog of work. With a cast including Sissy Spacek, Andre Holland, and Bill Skarsgard, the show slowly uncovers how the town and the people in it are connected, with lots of spooky twists along the way. The show has been renewed for a second season, but details are still sparse, so it's a great time to catch up. (Photo via Patrick Harbron/Hulu)

The Looming Tower: Hulu's historical drama about the lead-up to 9/11 stars Jeff Daniels as an FBI chief, and Peter Sarsgaard as his CIA counterterrorism rival. As the two butt heads over the tragic day's origins, the miniseries unfolds as a binge-worthy crime thriller, bolstered by some incredible acting. The limited series was a one-time deal, but the potential of a sequel series has been discussed in the past. Either way, it's worth watching on its own. (Photo via JoJo Whilden/Hulu)

Chance: If you loved watching Hugh Laurie as Dr. House back in the day, chances are you're going to love Chance, too, in which Laurie plays Eldon Chance, a San Francisco-based forensic neuropsychiatrist with a penchant for getting himself into trouble. The show is based on the novel by Kem Nunn, and although the show was canceled last year, two seasons still await your binge-watching. (Photo via David Moir/Hulu)

Future Man: Powerhouse producing duo Seth Rogen and Evan Goldberg are behind this comedy about an underachieving janitor (Josh Hutcherson) whose favorite video game characters come to life and put him to the task of saving the world. The show is essentially a tribute to '80s favorites like The Last Starfighter and Back to the Future, so what's not to love? Season 2 arrived on Hulu in January 2019, so there are 26 episodes for your viewing pleasure. (Photo via Brandon Hickman/Hulu)

Casual: This dramedy recently concluded its fourth and final season, but the way it developed over its short life makes it worth a watch. What started as a show about a recent divorcée trying to get back into the dating scene via online profiles turned into an often dark, and very real, study on the need for human connection and love. Add it to your queue, and it'll quickly become your go-to when you want something to watch. (Photo via Greg Lewis/Hulu)

The Path: Breaking Bad's Aaron Paul stars as a man (rightfully) questioning his faith in The Path, a drama about members of a fictional cult known as Meyerism. The series tracks his journey from skepticism to deeper involvement, and although it was canceled in early 2018 after three seasons, it still serves as an unexpected look at what it means to have faith in our current culture. (Photo via Greg Lewis/Hulu)

Into the Dark: Hulu seems to know what it's doing when it comes to horror. This anthology series consists of 12 episodes released one-by-one over the course of 12 months and based on a holiday found in each month. There are still several episodes to go in this fun and twisted series, so it's a perfect time to jump in. (Photo via Aaron Epstein/Hulu)

Light as a Feather: If you remember playing "light as a feather, stiff as a board" as a teenager, this is the show for you. Based on the book of the same name by Zoe Aarsen (which itself originated as a series on the social storytelling platform Wattpad), the series follows five teenage girls who play the game in a graveyard one Halloween night, only to be interrupted by a supernatural force that follows them around — and starts killing them. So far there's just one season, with the fate of a second still unknown. (Photo via Rachael Thompson/Hulu)