This Dress Lets You Change in Public Without Getting Naked 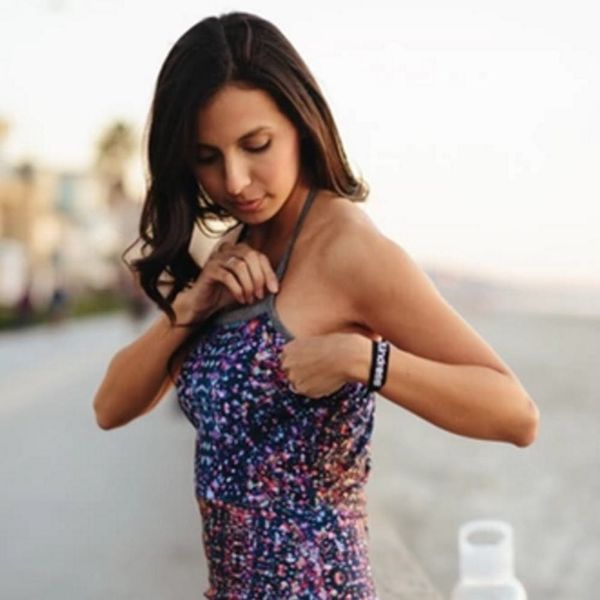 Last year, we were all introduced to the genius that is The Undress — a dress that acts like a portable changing room, allowing you to change outfits in public. Need to ditch the sports bra and leggings before your lunch date? Slip into the The Undress and out of the gear. Tired of pulling off your damp swimsuit under a towel in the car seat? The Undress literally has you covered. It obviously struck a chord with active ladies on the go, because it became Kickstarter’s top women’s fashion project of all time. Now it’s back, and better than ever.

The first thing you’ll notice about The Undress Version 2 Sport is that it’s no longer just a halter dress for changing. It can also convert into a strapless dress and a skirt, making it functional and wearable on its own. The second is that it’s been given a whopping 15 upgrades, all based on user feedback. Some of the most exciting highlights include the three new tech fabrics you’ll be able to choose from: One that’s moisture-wicking and antimicrobial, one that resembles swimwear and a third featuring a towel-like terrycloth on the inside. It’s also gone from being a maxi to a midi, making it much more wearable for women of all heights.

Most importantly, the construction of everything that assists your wardrobe change (such as the cord-locking strap, zippered side access openings and chest area concealment) has been improved, so you can strip down in public without fear of flashing passersby. Check out the demo below to see how the great escape works.

To get your hands on The Undress Sport, you’ll need to pledge at least $69 to their Kickstarter, with an estimated ship date of May 2016. Higher tier pledges include promo goodies like drawstring bags and sunglasses. This is a popular one, ladies, so get on it before these early bird offers run out!

Have you ever had an awkward public changing situation? Tweet us about it @Britandco!

Molly Griffin
Molly is a writer and editor from Boston who loves traveling, eating and occasionally being a little too candid. She lived in Dublin, Ireland for the last four years but recently moved to San Francisco to escape the rain. Now, she’s on the lookout for a good proper pub.
Dresses
Trends and Inspo
Dresses Kickstarter