11 Unique Names for Grandma and Grandpa 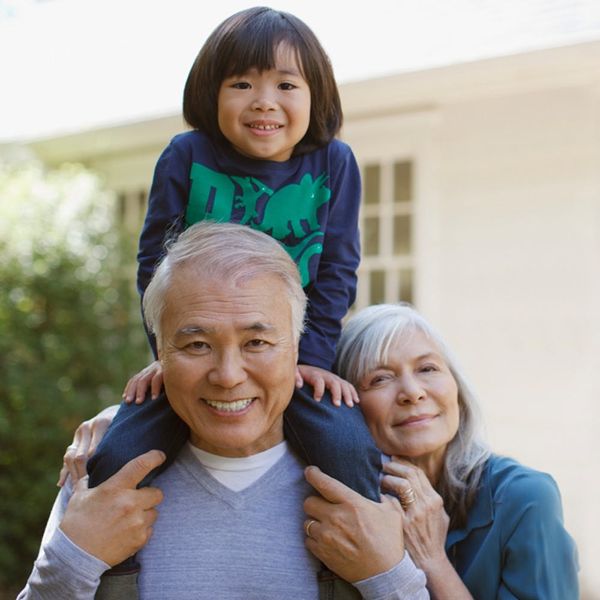 Congratulations, new momma! Now that you’re getting ready to deliver your tiny human into the world, the pre-birth decisions are starting to pile up. Along with choosing between popular and classic baby names and finding the perfect nursery decor theme, you also have to figure out how you’re going to introduce your parents to your little one. Whether your in-laws have already called dibs on the names “Grandma” and “Grandpa” or you’re looking to nix tradition altogether, here are 11 super cute alternative names for grandparents that you, your kiddos, and your parents will love.

1. Bubbe and Zayde: While the use of Yiddish has significantly declined in the past few generations, we definitely love this sweet Jewish translation of “Grandma” and “Grandpa.” Mazel tov!

3. Yaya and Pappoús: Pronounced yah-yah and pa-poosch, these awesome names for grandparents come from Greek origins.

4. Glam-Ma: For those Grandmas who can’t see themselves rocking third-generation vibes quite yet, we suggest they take a note from actress Goldie Hawn: Go with Glam-Ma instead of a more traditional pet name. Hey, 60 is the new 40.

5. Oma and Opa: These German translations for “Grandma” and “Grandpa” are easy to pronounce and make for simple signatures on birthday cards. (We bet you can already see Oma and Opa slipping your little one a piece of yummy German chocolate cake.)

6. Babcia and Dziadziu: These sweet names come from Polish origins and are pronounced bop-cha and ja-jee.

7. Mémé and Pépé: While the formal names for grandparents in French are Grandmèr and Grandpère, these shortened versions are mega popular and easy for a growing toddler to pronounce.

8. Lovey: In the Kardashian clan, sticking to traditional names is totally passé. That’s why the most famous momager in the world, Kris Jenner, has chosen to be called Lovey instead. Although, to be fair, Kris’s ex Caitlyn Jenner has chosen a more conventional term of address. Her grandchildren call her either Caitlyn or Grandma.

9. Amma and Afi: If you have even a trace of Icelandic lineage, we highly suggest you give these sweet names a try.

10. Lola and Lolo: We *love* the Filipino names for grandparents. Seriously, can’t you already picture Lola spoiling your kids rotten?!

11. Grams and Gramps: This classic twist on Grandma and Grandpa is still quite popular today. Although it’s very similar to the traditional version, it’s different enough for your kids to know who you’re talking about without depriving your parents from their dream names. Win-win!

Do you call your grandparents by a non-traditional name? Tweet us @BritandCo.

Ashley Macey
Ashley Macey is a lifestyle freelance writer who loves all things fitness, wellness, and creativity. When she's not exploring her home in the Pacific Northwest with her dog Max, you'll probably find her curled up with a good book and some hot tea. Follow her daily jaunts on Twitter.
Family
Parenting
Family
More From Parenting