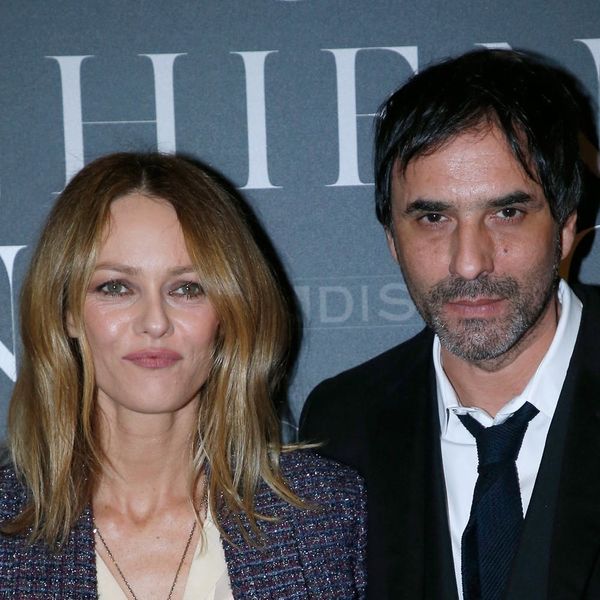 Vanessa Paradis is officially off the market. Six years after her high-profile split from her longtime love, Johnny Depp, the French model and actress has tied the knot with French film director Samuel Benchetrit.

As seen in photos published by French newspaper Le Parisien, the fashionista, 45, was stunning in a modest tulle gown with long, sheer, cardigan-like sleeves and an elegant tiered skirt. She topped things off with a long, traditional veil and a megawatt smile, beaming wedding-goers showered her and Benchetrit with flower petals.

According to the outlet, the wedding took place in the small town hall of Saint-Siméon, France, where Benchetrit’s late father once owned a restaurant. The nuptials were attended by a few dozen guests, including Vogue Russia’s newest cover girl, daughter Lily-Rose Depp.

The newlyweds met on the set of their 2017 film, Chien, and reportedly became engaged in November.

Their marriage marks Paradis’ first walk down the aisle. Though she shared a home with Depp for 14 years along with two children, Lily-Rose, 19, and John Christopher Depp III, 16, the couple never made things courthouse-official.

Did you get married later in life? Share with us over @BritandCo.

Nicole Briese
Nicole is the weekend editor for Brit + Co who loves bringing you all the latest buzz. When she's not busy typing away into the wee hours, you can usually find her canoodling with her fur babies, rooting around in a bookstore, or rocking out at a concert of some sort (Guns N' Roses forever!). Check out all her latest musings and past work at nicolebjean.com.
Celebrities
Wedding Style
Celebrities Celebrity Couples Celebrity Wedding Love wedding Wedding Style
More From Wedding Style