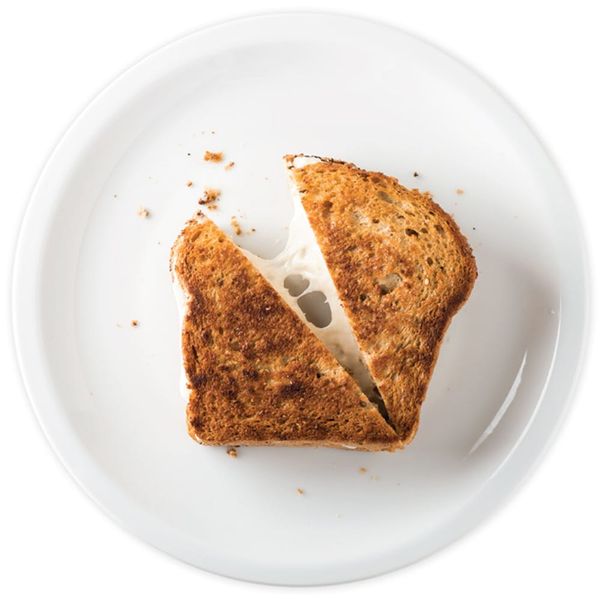 Vegan cheese has come a long way. Gone are the days when people who eschew dairy had to settle for saying, “No cheese, please.” Instead, a slew of plant-based fromage companies have revolutionized what it means to eat vegan cheese. Often cultured in the same way that dairy-based cheeses are made, these alternatives are nothing short of fantastic. A simple cashew can take on the buttery taste of brie, and vegan cheese platters look like dopplegängers for the real deal. These 15 vegan cheeses will totally wow omnivores and vegetarians alike, even the ones who swear they can’t live without cheese.

1. Heido Ho Organics: You may have seen this Portland, OR based company on Shark Tank, winning a deal with Lori Greiner. Business has been booming for Heidi and her gang of cheese makers. We can’t wait to get our hands on the black lava salt chèvre and the spicy chia cheeze when they pop up in Whole Foods.

2. Kite Hill Soft Fresh Truffle, Dill and Chive ($9): Available nationwide in Whole Foods, this artisan almond milk-based cheese is made with a mixture of almonds and macadamia nuts from California’s San Joaquin Valley. The truffle flavor has earthy notes from the truffle oil, which pairs nicely with a plate of olives and a glass of wine. The soft ripened flavor closely resembles brie, complete with a rind, and the ricotta is the stuff that Italian grandmothers would worship.

3. Miyoko’s Kitchen Double Cream Garlic Herb ($10): This wonderful wheel of garlicky goodness is made by the talented vegan chef Miyoko Schinner. Based in the Bay Area, this artisan cheese company ships nationwide and is available in local Whole Foods locations. You’ll want to serve this wedge with a crusty baguette and a glass of red wine.

4. Treeline Cracked Pepper Aged Nut Cheese ($8): Perfect for a party platter, this hard cheese has a delicious tangy taste. There’s a hint of spice, which is a nice contrast to the notes of lemon. Gluten-free and made with cashews, these non-GMO cheeses also include soft spreads like scallion French-style soft cheese and chipotle-serrano pepper. (Photo via Lez B Vegan Moms)

5. Vtopian Dark Chocolate Strawberry Brie ($12): Yes, you read that right. Organic strawberry sauce fills the inside of this cashew-based brie. Layered on top is organic fair-trade dark chocolate drizzled with freeze-dried strawberries. The result is a decadent treat best reserved for romantic dinners or a girls’ night in.

6. Punk Rawk Labs Vegan Nut Milk Cheese ($12): Using only four ingredients — nuts, water, cultures and salt — the gals behind these dairy-free cheeses have a way of turning the basics into fantastic flavors like smoked, original, nacho and herb. Made in small batches in Minnesota, you can buy these fromages online at Vegan Essentials.

9. Teese Nacho Cheese Sauce ($4): This soy-free meltable and slightly spicy cheese is ideal for making a mountain of nachos, cheesy enchiladas or this awesome Vegan Fries Supreme. If you have a nut allergy, you’ll be happy to know that all Teese cheeses are nut- and gluten-free.

10. Follow Your Heart Provolone Slices ($6): Sandwiches have met their match with these slices. Late-night vegan grilled cheese sammies are easy to make with these meltable non-GMO provolone or American slices.

11. Nary Dairy Cashew Cheese: Currently only available in Los Angeles at local health food stores and farmers markets, this raw cashew cheese is packed with enticing varieties such as roasted Gilroy garlic, herbed cream and kimcheese. (Photo via Natureal Mom)

12. Parma Vegan Parmesan: ($17 for a 3-pack): Sprinkle this dairy-free Parmesan over freshly popped popcorn, a baked potato or your favorite pasta dish. The company has three flavors — garlicky green, chipotle cayenne and original — all made with organic sunflower seeds, walnuts, hemp seeds nutritional yeast and a dash of Himalayan crystal salt. (Photo via Vegan Cuts)

14. Earth Balance Mac and Cheese ($3): That classic boxed mac and cheese has gone plant-based. They’re available in cheddar or white cheddar, and you can easily make your favorite variety for dinner.

15. Daiya Cream Cheese Style Spread ($6): If you’re a die-hard bagel fanatic who wants a nice schmear of cream cheese on a toasted sesame bagel, Daiya’s line of cream cheeses are for you. They come in three flavors — chive and onion, plain and strawberry — and are a tasty version of a classic bagel spread. (Photo via The Creative Kitchen)

Are you vegan-cheese curious? If so, tell us what cheese you’d like to try in the comments!