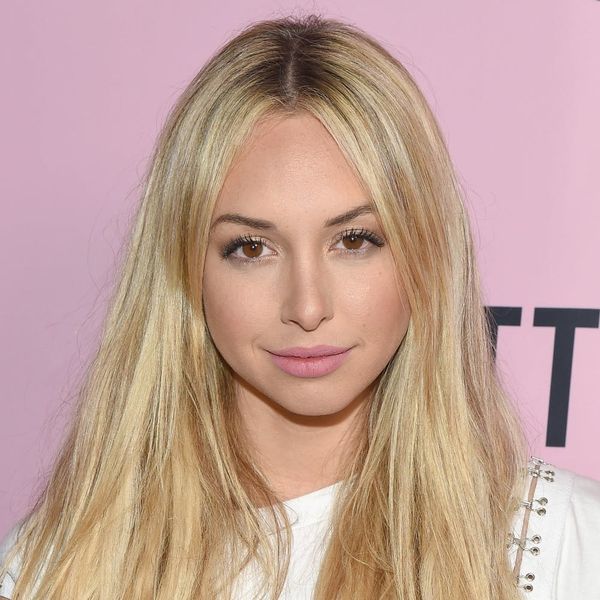 Look out, world — we haven’t seen the last of Corinne Olympios yet! It’s been pretty quiet when it comes to news of our favorite Bachelor villain as of late (all the better for her to snuggle up to the new man in her life?), but that’s all about to change. The 24-year-old just made an appearance on Sirius XM radio to say that we’ll be seeing more of her soon, on the upcoming season of The Bachelorette.

We can’t say we’re terribly shocked — not only does Olympios seem to have a knack for drawing in big-time ratings, but Lindsay has publicly stated that she’s very pro-Corinne in the past. “I love Corinne,” she told Ellen during an appearance of the daytime host’s show.

Olympios dished the dirt to the station, saying, “I filmed an episode with her and I met some of the guys she’s dating, ”She also offered up her thoughts on the lot, saying, “[They’re cute], yes.”

So much fun getting back home with this one. Back to LA! Need to fine tune my 💃 moves.

She didn’t have such warm sentiments toward her fellow love interest and his bride-to-be, Nick Viall and Vanessa Grimaldi, however. As it turns out, the businesswoman happens to belong to the camp that finds the pair more awkward — or worse, fake — than endearing, and girl didn’t hold ANYTHING back.

“They’re so phony with each other,” she said. “It sucks, because they’re both really real people separately, but whenever they were together looking at them… I mean, I lived with Vanessa and dated Nick, that’s not how either one of them really are. So I’m like, ‘What are you guys doing?’”

Ouch! Looks like the former contestant, who left the show proclaiming that she would “never kiss up to a man ever again in [her] life,” isn’t quite ready to bury the hatchet with these two just yet.

What do you think of Corinne’s assessment? Share with us @BritandCo.

Nicole Briese
Nicole is the weekend editor for Brit + Co who loves bringing you all the latest buzz. When she's not busy typing away into the wee hours, you can usually find her canoodling with her fur babies, rooting around in a bookstore, or rocking out at a concert of some sort (Guns N' Roses forever!). Check out all her latest musings and past work at nicolebjean.com.
the bachelor
Entertainment
the bachelor
More From Entertainment