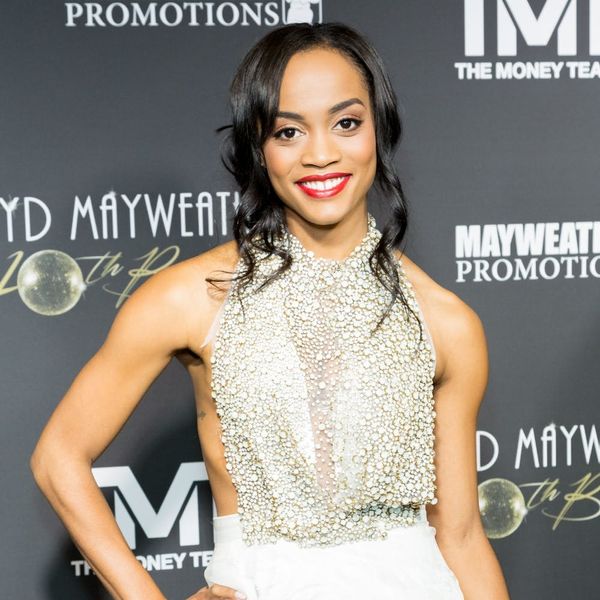 Rachel Lindsay may not have found love and her happily-ever-after with the Bachelor’s Nick Viall, but she’s certainly not dwelling in heartbreak. In fact, as the next (and first Black) Bachelorette, she knows exactly what she’s looking for in a man, and has let fans in on the deets that will help her find her ideal fella.

While chatting with ET, Lindsay recognized that she’s not the sort of Bachelorette that we’re used to watching on the super popular reality show, which means the men we’ll be seeing vying for her love will not be the usual batch of contestants. “I’m not your typical Bachelorette, right?… I’m the first black Bachelorette, I’m 31, so I’m an older Bachelorette… then at the same time, I have a different type of job than the typical Bachelorettes have, so I think it’s a little bit harder to cast someone for me.”

She added, “Being 31, like, I’ve been there. I’ve gone through my twenties, I’ve been through the journey, so I know exactly what it is that I’m looking for.” And what might that be?

Along with Rachel Lindsay expecting “to see a wider pool of African-American men” and a cast that “reflects what America looks like,” she’ll be ready to axe anyone who isn’t into sports, doesn’t know what he wants, and, er, anyone who has bad breath. “I need you to be able to talk sports — you don’t have to play them, but be familiar with them. Bad breath is a deal breaker, and then I need a guy that knows exactly what he wants,” she revealed. “I don’t need you to be indecisive, I don’t need you to be just a dreamer, I need you to be very self-aware and confident… and there’s a fine line between that, I can’t stand a cocky guy. That is a deal breaker for me.”

With a woman like Rachel (i.e., someone who knows exactly what she wants and isn’t afraid to go out and get it in front of millions of viewers), the next season of the Bachelorette is going to be gooooood!

Desiree O
Desirée O is a ‘Professional Bohemian’ who loves anything and everything related to the arts, entertainment, and pop culture. She ADORES being a ‘Newsy’ for Brit + Co, covering all of the latest tidbits of awesomeness that you want to read about. When she’s not writing, she’s either making messy art, going on long adventurous walks with her camera, or poking around over at bohemianizm (http://www.bohemianizm.com/). You can find out about Desirée O and her work at http://DesireeO.com/ or follow her on Twitter @DesireeO.
Dating
Pop Culture
Dating
More From Pop Culture