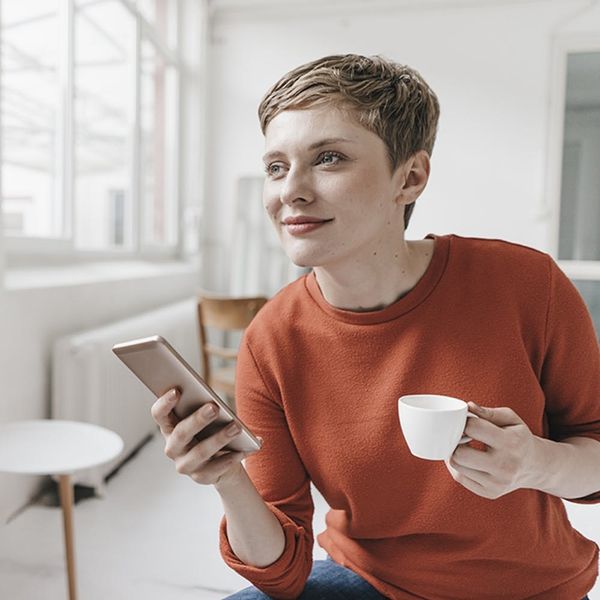 I stress, you stress, we all stress for eustress! What on earth is eustress? You may have heard this mental health buzzword bandied around lately and wondered how exactly it differs from regular old life-is-making-me-crazy stress. But believe it or not, eustress is a kind of stress that’s actually good for us. (Yep, that’s a thing.) We spoke to licensed professional counselor Amanda Ruiz, MS of Pennsylvania’s The Counseling Collective about how to identify the eustresses in life — and get the most out of them.

With all we hear about stress raising blood pressure, disturbing sleep, and even bringing on early death (yikes), it may be hard to believe there’s a kind of stress that actually boosts our mental and physical health. So to understand eustress, you may have to dismantle some preconceived notion. Simply put, eustress is any kind of pressure in our lives that actually brings positive results.

“Eustress is the normal amount of stress that you feel when doing a positive challenge, something you feel relatively capable in completing,” explains Ruiz. Happy, exhilarating events in life, like having a baby or starting a new relationship even though they feel good, create their own kind of stress on the body and brain. After all, some of the same hormones — like adrenalin and cortisol — involved in fear are also present in times of excitement. Therefore, experiencing something thrilling or challenging, such as riding a roller coaster, completing a tough project at work, or buying a new home, brings a certain kind of pressure.

The Benefits of Eustress

This pressure, though it may technically qualify as “stress,” is surprisingly good for us. When we undertake something difficult, it’s an opportunity for personal growth, whether we succeed or fail. And change, a common source of stress, adds a bit of spice to life. “Eustress keeps life exciting,” says Ruiz. “Without it, you might become bored, complacent, and lack motivation.”

Plenty of research has looked at the dramatic effects of positive versus negative stress. The right balance of stress has been shown to increase alertness and cognitive performance, as well as keep us more adaptable. A 2015 study found that people with high levels of good stress had less fatigue in the morning and throughout the day than those who experienced distress (AKA negative stress). And another, conducted on college students, found a connection between the level of eustress and overall life satisfaction.

So when is it distress and when is it eustress? Typically, distress makes us feel anxious and overwhelmed. Eustress, on the other hand, brings a feeling of excitement, accomplishment, or a challenge accepted. (The “eu” comes from a Greek word meaning “good, well, pleasant, or true,” as in “euphoria.”) Making cuts to your budget, for example, could be a distress if it’s a struggle to make ends meet — or could be a positive if it’s to save for your spring break trip to Italy. “If you feel competent to cope with the stressful event, then you are most likely experiencing eustress,” says Ruiz. “If you doubt your ability to cope with it, and instead if feels unpleasant, then it’s probably distress.”

Feel like most of the stressors in your life are the kind that bring you down? There’s hope! Your mindset could go a long way toward actually transforming circumstances you perceive as distress into eustress. A 2013 study found that subjects’ thoughts about their own stress had a major impact on their physical experience of it. In one module of the study, subjects were interviewed about whether they found life stressors to be “enhancing” or “debilitating.” In another, they were shown videos that framed the concept of stress as either one of these two descriptors. All told, people who were able to think of their stress as having potential benefits had less negative physical responses to it.

To get the most out of any stressful situation, try to keep an open mind to how pressures might lead to personal growth. And, regardless of the circumstances, finding a self-care practice that works for you can keep stress at manageable levels. “Learning good stress management techniques can be helpful so you are adequately equipped to cope while going through any stressor,” says Ruiz.

Have you ever turned a distress into a eustress? Tell us on Twitter @BritandCo.

From Your Site Articles
Sarah Garone
Sarah Garone is a mom, wife, nutritionist, and freelance writer in Mesa, AZ. She loves music and travel, speaks fluent German, and does a lot of running (to counterbalance the surprising amount of cookies she eats for being a nutritionist). Find her sharing great recipes and helpful nutrition info at A Love Letter to Food.
Healthy Living
Health
Healthy Living Mental Health Self Care
More From Health