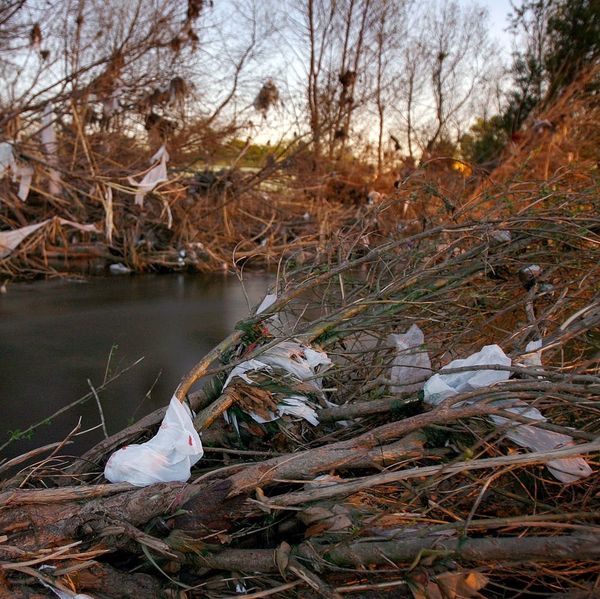 “While the federal government is taking our environmental progress backwards and selling out our communities to polluters and oil companies, in New York we are moving forward with the nation’s strongest environmental policies and doing everything in our power to protect our natural resources for future generations,” Cuomo said in a statement Thursday, March 28. “These bold actions to ban plastic bags and promote recycling will reduce litter in our communities, protect our water, and create a cleaner and greener New York for all.”

Single-use plastics — particularly drink bottles and shopping bags — are considered one of the greatest threats to our environment. Although some of these items are technically recyclable, many US cities have abandoned recycling programs because of the rising costs of scrap processing.

Plastic bags can be melted down and made into new plastic film, but most municipal recycling collection programs aren’t equipped to handle the finicky film. When these bags get mixed in with other recyclables, they create a headache for the facilities they wind up being sorted in. The Chicago Tribune reported in 2015 that the Windy City’s recycling centers aren’t equipped to deal with the magnitude of bags they encounter, and that most of the plastic film gets piped into landfill.

As most of us already know, a lot of the plastic bound for landfill ends up polluting waterways and other commodity streams. Earlier this month, a whale washed up on shore in the Philippines with some 88 pounds of plastic bags lodged in its body. The animal had died from eating the bags.

As part of the New York ban, counties across the state have the option to opt into a plan that charges end users five cents for paper bags, with the proceeds going toward statewide environmental protections and to a fund for reusable bags to be made available for consumers. But not everyone is happy.

“There was a real understanding that there should be a ban on plastic,” said Todd Kaminsky, a Democratic state senator from Nassau County and chairman of the state’s environmental conservation committee, told The New York Times. “And that if people go to paper rather than reusables, we are not that better off.”

Peter Iwanowicz, the executive director of Environmental Advocates of New York, concurs. He told the Times that replacing one type of disposable bag with another still falls short of setting strong goals for the environment.

Representatives from groups that organize on behalf of grocery stores and small businesses, respectively, also voiced opposition to the program — in particular, over the financial hit the five-cent paper bag fee will impose.

RELATED: Why Hundreds of Cities Across the US Have Quietly Stopped Recycling