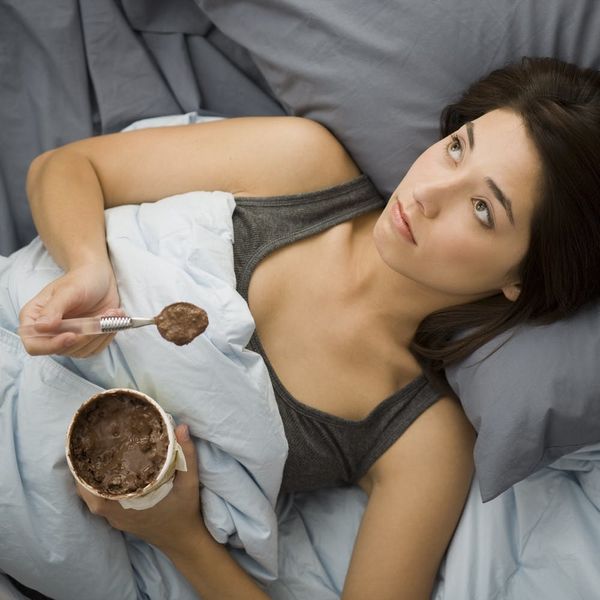 Breakups blow — there’s no need to put it more eloquently. And although some people do handle breakups better than others, no one can fully evade the inevitable emotional toll they take. Coping methods range from productive and healthy to destructive and inhibiting, but whether you’re an in-bed ice cream eater or a gym junkie post-breakup, one habit you should definitely avoid is moving on too quickly. Jill Whitney, a licensed marriage and family therapist and the blogger behind Keep the Talk Going, explained to us why this habit is especially harmful.

Although some people try to quantify how soon is “too soon” based on the duration of a relationship or its seriousness, any person who moves on without feeling fully healed and emotionally ready is moving on too soon, according to Whitney.

Staying single while still heartbroken may seem like a no-brainer to some, but many people seek new relationships prematurely and for a variety of reasons. “When people move on too fast, it’s usually because they’re trying to prove something or trying to avoid unpleasant feelings,” Whitney says. Whether they’re attempting to prove they’re still desirable to themselves or to their ex — two common occurrences, according to Whitney — all they really end up proving is their selfish motives. Those who move on too fast are merely using their new partner because they are unable to be emotionally present in the relationship. Although consensually casual flings are one thing, “it’s unfair if you know they’re looking for more, and you’ve made them think you might give it,” she explains.

Moreover, moving on too quickly can be a way of avoiding confronting emotions. Whitney claims it’s normal to be hurt, sad, or angry, and validates the desire to turn to distractions such as dating or drinking after a breakup. But eventually, those feelings must be addressed. “If you bury or avoid them, you’re cutting yourself off from your internal experience,” she says. Suppressed feelings may then begin to manifest in other unexpected ways or even cause physical symptoms.

Whitney makes it clear that taking time off from dating after a breakup is not the same as taking time off from socializing. This post-breakup period, which Whitney recommends be at least a few months, is what she calls a “fertile time” during which you can learn about yourself, evaluate how you grew in the relationship, and identify what you gained from it. But it’s also a time to go out with friends and explore new interests.

And in time, you’ll be ready. “You’ll know you’re ready to date again when you can think about both the good and bad about your ex without getting all worked up — when it starts to feel like history, and not so raw,” Whitney says.

Ever faced the fallout of moving on too fast? Tweet us about it @BritandCo.

Annamarie Higley
Annamarie is a Californian who's been plopped in the middle of Missouri for her undergraduate studies in magazine journalism. She's a hiker, an eater, a lover of words. In her opinion, nothing beats a well-made breakfast sammy or a well-crafted sentence.
Relationship Advice
Relationships
Relationship Advice