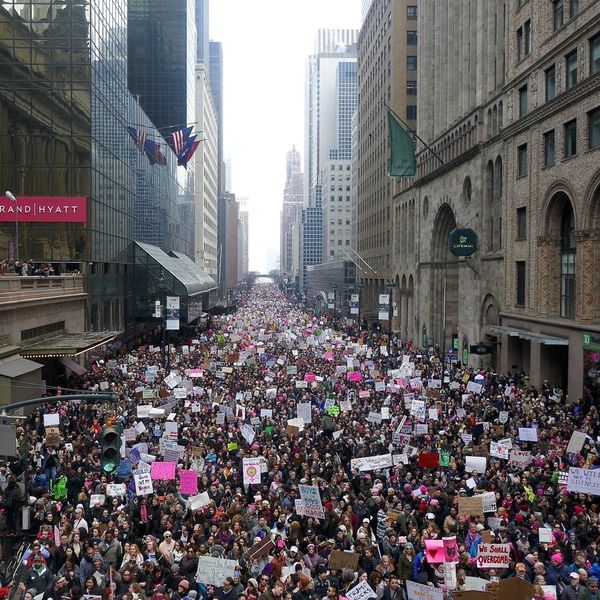 The one year anniversary of the first Women’s March is happening this weekend, bringing the second annual march along with it. While this year’s smaller events may see fewer pink pussyhat-wearing protesters, the organizers are also facing what some consider a backlash from some of its strongest proponents, due, in part to the priorities of Women’s March Inc., the group that planned the first march in DC in 2017.

While the Women’s March group continue their work by pressing onward with the goals of empowerment, unity, and “providing intersectional education on a diverse range of issues and creating entry points for new grassroots activists & organizers to engage in their local communities through trainings, outreach programs and events.”

But some who marched with the group last year say the Women March’s sweeping mission doesn’t go far enough. These marchers want to see a change in who gets elected, and have formed a Women’s March splinter group that calls themselves March On. Its mandate is to help support sweeping change in Washington, both during this year’s midterm elections and in the 2020 presidential race.

“We can march and take to the streets and yell about all the stuff we want to change, but unless we’re getting people elected to office who are going to make those changes, we’re not really doing anything,” Lindsey Kanaly, an Oklahoma City March On board member, told The New York Times.

Kanaly, who organized last year’s Oklahoma City Women’s March, wants to see more women engaging in politics. She especially wants progressive-minded women to organize across red states ahead of this year’s midterm elections. And therein lies one of the main reasons for March On’s formation: progressive-minded women in conservative states feel that they aren’t being represented by those running the Women’s March, all of whom live in New York City.

“The needs are different from Texas to New York,” Melissa Fiero, an organizer of last year’s Women’s March in Austin, told the Times. Since helping to organize last year’s 100,000 person march, Fiero and her group of marchers haven’t participated in any of Women’s March Inc.’s further political actions. Instead, they’ve been focusing on electing more Dems in the GOP stronghold state.

And it’s not just marchers in the southern US feeling the squeeze. Our neighbors to the north say that they, too, aren’t being heard by the Women’s March executive team. Earlier this year, the US-based Women’s March team trademarked the name “Women’s March Canada” while appointing a board without consulting the Canadian activists who organized on the group’s behalf last January. The Canadian splinter group has gone on to call themselves March On Canada, aligning with the Southern US offshoot group.

Will you be marching on Saturday? Let us know @BritandCo!

Kat Armstrong
Kat has been a writer, social media maven and mom for longer than she's willing to admit. She's also spent time in front of and behind the camera, interviewing celebs, politicians and acting as a producer for fashion and artistic photography shoots. When she isn't writing for various orgs and publications, she's hanging with her kids, husband and French Bulldog, Peter, in Toronto, Canada.
womens march
Politics
womens march
More From Politics