Will & Grace Might Soon Be Making a Gilmore Girls Style Comeback 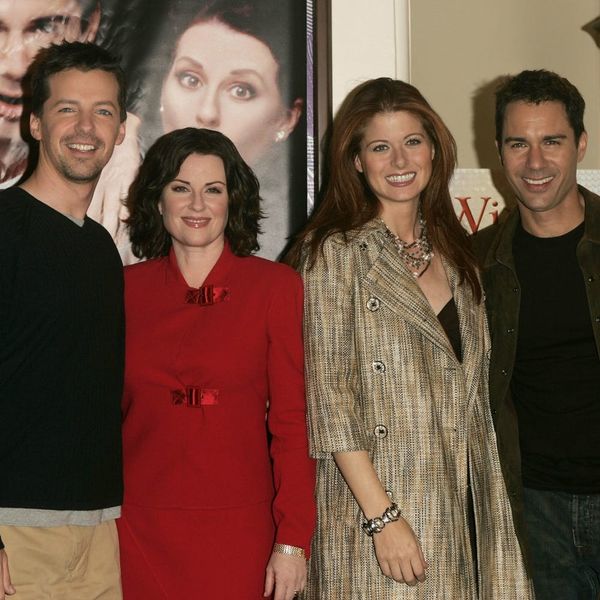 Between Gilmore Girls (will Rory end up with Jess?) and Full(er) House, we’ve been totally spoiled with revivals of our fave ‘90s shows as of late. There’s one more that just might be making the leap from beloved memory to current reality, however ― NBC’s Will & Grace!

The hilarious sitcom about a gay and a straight best friend and they adventures they faced together was a monster hit during its run from the late ’90s well into the ‘00s — in fact, during its eight seasons, the show scored a whopping 16 Emmy awards with 83 nominations. Whoa.

Not only that, it was hugely important for the LGBTQ community, as it was considered to be one of the most successful TV shows with a main gay character at the time.

The cast sparked renewed interest in their former hit when they appeared in a new skit endorsing Democratic party candidate Hillary Clinton for president ― the first time they’d reunited together on-screen in 10 years.

Fans responded in droves, and now, TV execs are taking note — to the point that talks of a reunion show are definitely swirling.

While NBC is currently declining to comment, TV Line is reporting that they’re actually in preliminary talks with the cast and the series creators to do a limited edition run of the show.

The cast is being much less tight-lipped, however, dishing to People about the show’s potential future fate.

Debra Messing, AKA Grace, said she’d prefer to see the show head to a streaming service where the cast would have more freedom with their content and language. “If there was a Will & Grace 2.0, my wish is that we did 10 [episodes] on, like, Netflix or Amazon or somewhere where it could be the naughty version of Will & Grace,” she dished to the outlet. “Because you know we were on network television and there were certain lines of common storytelling that we were limited to.”

Co-stars Megan Mullally and Eric McCormack were also enthusiastic about a potential comeback. “Never say never,” Eric teased. “We’d all be excited to get that call, I think,” he said.

It sounds very much like he’s about to get that wish. Whether NBC picks it up again or Netflix gives it a go, we’re happy just to hear that the idea’s on the table ― here’s hoping!

Would you be stoked to see Will & Grace make a comeback? Talk to us @BritandCo!

Nicole Briese
Nicole is the weekend editor for Brit + Co who loves bringing you all the latest buzz. When she's not busy typing away into the wee hours, you can usually find her canoodling with her fur babies, rooting around in a bookstore, or rocking out at a concert of some sort (Guns N' Roses forever!). Check out all her latest musings and past work at nicolebjean.com.
90s
Pop Culture
90s Netflix Nostalgia