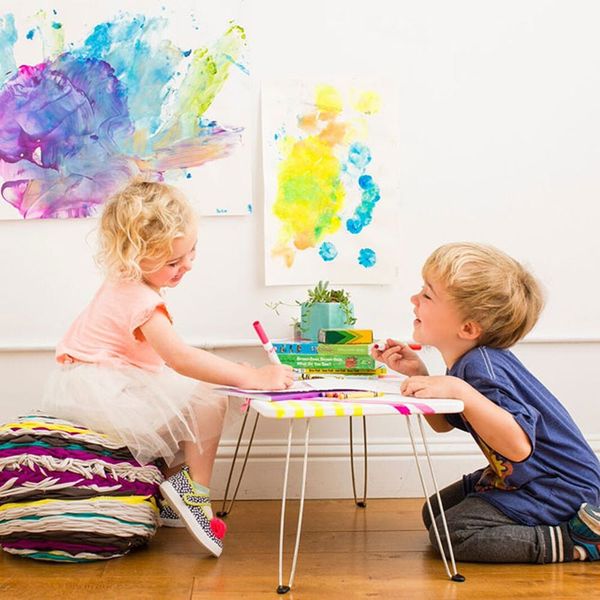 The letter X is bold and interesting. While there are attractive baby names that begin with the letter X, options are somewhat limited. There are, however, quite a few options that contain the letter X within the name. Let’s take a look at some that feature this letter and are not currently ranking within the Top 1000. If you’re looking for a unique and creative baby name, this list is for you!

There are plenty of lovely X baby names for girls. Many of these could be described as elegant with just a pinch of spunk thrown in. Here are five standout unranked X-names and a little bit of info about each:

This name has been floating around the Nameberry forums here and there, though many parents seem to prefer Beatrice. Do you like the bold and sassy Beatrix more? She certainly offers the same nickname of Bea, but will also give you Trixie, which is adorable and playful. Beatrix comes from the name Viatrix, which is a feminine form of the Late Latin name Viator, meaning voyager or traveler. This name was later altered due to its association with the Latin beatus, which means blessed. However, contemporary sources seem to insist that this name means bringer of joy or she who brings happiness. Either way, Beatrix is an adventurous and happy name for a modern girl.

I have always admired Calixta and similar names, but it seems as though I’m one of the few who do. Calista peaked in 1999 thanks to Ally McBeal’s leading lady, but none of the other Cal- names seem to be loved. This includes the masculine Calix, Calixte and Calixto. These names deserve more attention. After all, they stem from the Greek Kallistos, which means most beautiful — a very desirable meaning. Some of the variations have belonged to popes and saints. Calixta is listed as the Spanish and Portuguese form.

Lux is the Latin word for light. This could be used for both boys and girls, but I chose to list it for a girl. It has only been in use since 2001 in the US despite being rooted in ancient Latin. The Spanish form, Luz, is much more popular for girls. I like the quirkiness of the unexpected X in Lux a bit more. This would make for a very cool middle name to balance out a long and feminine first name. Penelope Lux? Alexandra Lux? It is pronounced like lucks.

Roxana dates way back to the ancient Roman and Greek era. She also saw lots of love in the 17th century, even inspiring a novel in 1724. Roxana is the Latin form of the Persian or Bactrian name Roshanak which meant bright or dawn. I think this name could make a lovely and graceful comeback someday. Many parents already love names containing Ana- or -ana; throw in the fun and spunky X and the name is even better! Plus it works internationally!

Speaking of international names, the lovely Xiomara is most popular in Spanish communities. However, it comes from the name Guiomar, which stems from the Germanic Wigmar, meaning famous in war. The masculine Guiomar has medieval, Arthurian roots via a cousin of Lady Guinevere. Still, Xiomara is very feminine and well used in Portugal and Spain. It still resides outside of the US Top 1000 but it is far from unheard of.

The boys’ names were a bit more difficult to narrow down. There are certainly some interesting choices as well as some re-spellings of other names (such as Jaxon for Jackson), which I didn’t want to feature. I wanted to find some unusual but cool choices that you may have never considered before. Here are five interesting, unranked names for boys containing the letter X:

Baxter is interesting in that it is used as a masculine name but comes from an occupational surname meaning (female) baker in Old English. However, it tends to commonly refer to a baker of either gender these days. The X in this name definitely jazzes it up and makes it that much cooler than just Baker. Plus, Bax would fit in with all the boys named Max or Dax or Jax. An unusual but interesting option!

Huxley is a very distinguished surname name. It was most famously worn by Aldous Huxley, author of the novel Brave New World. Huxley is another spunky first name choice for boys that is still flying under the radar. It remains unranked, but it would fit in well with many of the more popular choices today. Plus, the nickname Hux is cool!

Maxen is the Welsh form of Maximus, which means greatest in Latin. It ranks on the unusual and unknown side of the plethora of Max- names but it is one of those short and sweet examples. If Max is too short for you, Maxim too related to the magazine, and other options like Maximilian are too long, Maxen is a great choice! It is bold, unique and to-the-point.

4. Theroux (Zero births on record in US ever)

This is a name that I cannot actually find in very many databases. It clearly exists, but nobody seems to pay it any attention — at least not enough to include it. Since information is limited, I can tell you that Theroux is most commonly a surname, which perhaps just hasn’t transitioned to a first name yet. Ancestry sites classify Theroux as a French surname with an uncertain origin. It could be the plural variant of the Occitan name Théron, which means well and refers to someone living near the wells. It could also simply refer to someone from Toulouse, France. I think Theroux could join the ranks of other surnames being used as first names.

Xanthus is brother to the feminine name Xanthe. It comes from the Greek Xanthos, meaning yellow or fair hair. Xanthos is the Greek form while Xanthus is Latin; these are used rather interchangeably. It was worn by many characters in Greek mythology and is also the name of an ancient city in present day Turkey. As a baby name, Xanthus strikes me as a very cool and unusual choice. It is bold, full of history and virtually unknown. I love the nickname Xan, which would fit in with any and all Xanders or Alexanders who share it.

What do you think of these unranked and under-appreciated X-letter names? Share which is your fave in the comments.

This was originally published on Nameberry by Kara Cavazos