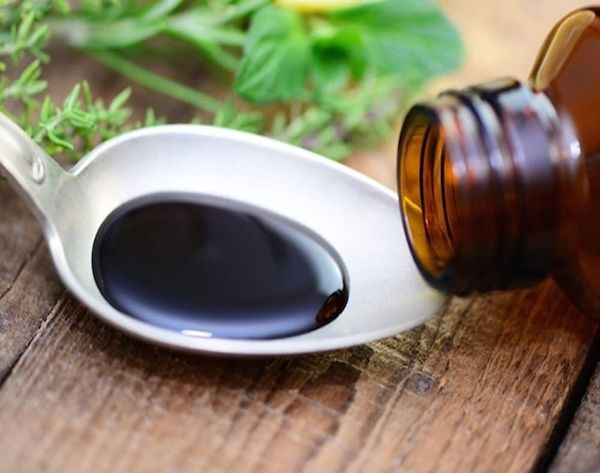 There’s a new natural weight loss wonder on the scene that has everyone talking. Yep, it’s yacon. The Internet world is abuzz over this natural supplement. When we heard that it boasted an endorsement from none other than the famed Dr. Oz, we were intrigued. If there’s truly a magical lose-weight-fast trick out there, we want in on it! We did some research to find out exactly what the real deal is with the yacon craze, get the scoop below.

What is yacon syrup? It’s not man-made. It’s actually a natural food. The sweet syrup is derived from a Peruvian root vegetable that’s similar in nature to a sweet potato. It’s a tasty natural sweetener with a molasses-like texture. Sounds delicious, no? But here’s the best part: As a prebiotic and a probiotic, it supports good digestion and even regulates blood sugar, two factors which work together to bring about weight loss. And that little perk makes everyone sit up and take notice. (Photo)

What’s to like about yacon? A lot. The benefits of yacon syrup are pretty exciting. Dr. Oz was so impressed with this substance that he launched a yearlong research that included a study involving 60 women, plus a panel of experts. The results? Nearly 75% of the women slimmed down significantly. The average weight loss within a 60 day period was three pounds! Ahh, it’s no wonder the Internet’s in a tizzy over this syrup. While the science behind this supplement is still slim, the results of Dr. Oz’s study definitely look promising. (Photo)

You can purchase yacon syrup at specialty food stores or online. But our prediction is that pretty soon, yacon syrup will start popping up everywhere. So here’s what you need to know: Make sure you’re only buying 100% pure yacon syrup with no additives. Also, keep in mind that because yacon is very high in soluble fiber, consuming too much can result in increased frequency of bowel movements. (Photo)

Recipes like this yacon-sweetened macadamia and hazelnut chocolate mean that we no longer have to make a choice between satisfying our sweet tooth and meeting our weight loss goals. Umm, have we died and gone to heaven? It’s no wonder yacon is so wildly popular. Yep, we want in on it too.

Looking for ways to incorporate more yacon into your diet? Here’s the solution: Dr Oz has put together some meal plans featuring this metabolism-booster as an ingredient. These foods look so delicious, we’re pretty sure you won’t even know you’re essentially on a weight-loss plan. Small change, potentially big payoff.

Is there such a thing as a miracle weight loss supplement? Maybe not, but yacon has certainly demonstrated some exciting health benefits. So why not add some yacon to your diet? Even if you’re skeptical about the magical powers of this new superfood, it certainly makes for one great low-calorie sugar substitute.

Think yacon is the next big thing in weight loss? Let us know in the comments below!

Bethany Kosten
Bethany Kosten is a freelance editor at Brit + Co. and an information junkie who is passionate about creating and consuming clever content. Being an idea enthusiast makes her unique, but also — and this is critical — awesome. Side note: Bethany is a serial chips and salsa eater. (Seriously, hide them.)
Health
More From Health