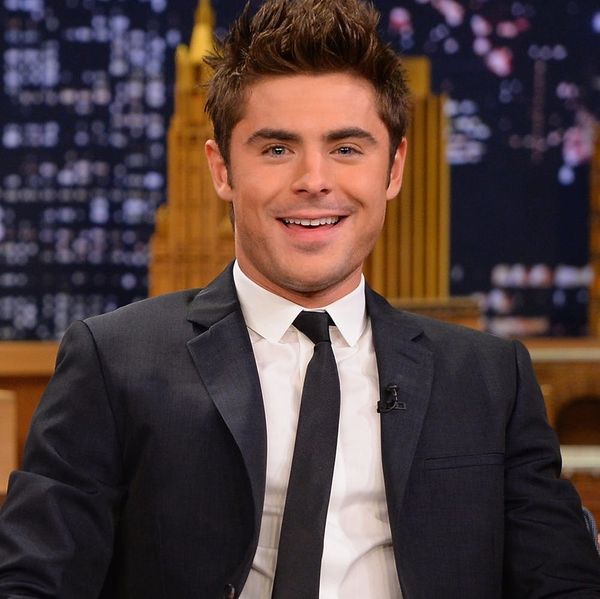 If you’re as Instagram obsessed as we are, there’s a strong likelihood that in addition to stalking Kuma the dog and a handful of female travel photographers, you also follow The Fat Jewish. The comedian’s Instagram is full of hilarious memes made even funnier by his witty (sometimes NSFW) captions. Never afraid to poke fun at a celeb, The Fat Jewish set his sights on Zac Efron as his victim. Featuring a side-by-side of the dreamy actor as an awkward teen and him now, the meme was captioned, “There is hope for all of us.” Being the good sport he is, Zac Efron decided to share the photo on his own account with a note that’s making us seriously LOL.

After reposting the photo Zac wrote, “Crimping induces puberty @thefatjewish. It’s about to come back. Watch, these photos will get reversed.” Obviously, our first reaction was something like “OMG, no way.” However, we never thought ’90s bleached hair was going to be back in style and Justin Bieber definitely proved us all wrong with her recent makeover.

So Zac, you could say we’re doubtful, but we won’t totally be ruling out the crimped hair comeback quite yet.

Thoughts on crimped hair making a comeback in the men’s department? Share with us on twitter @britandco.

Cortney Clift
Cortney is the senior writer and special projects editor at Brit + Co. She typically covers topics related to women's issues, politics, and lifestyle. When she's not buried behind her computer you'll find her exploring New York City or planning her next big adventure.
Beauty News
More From Beauty News