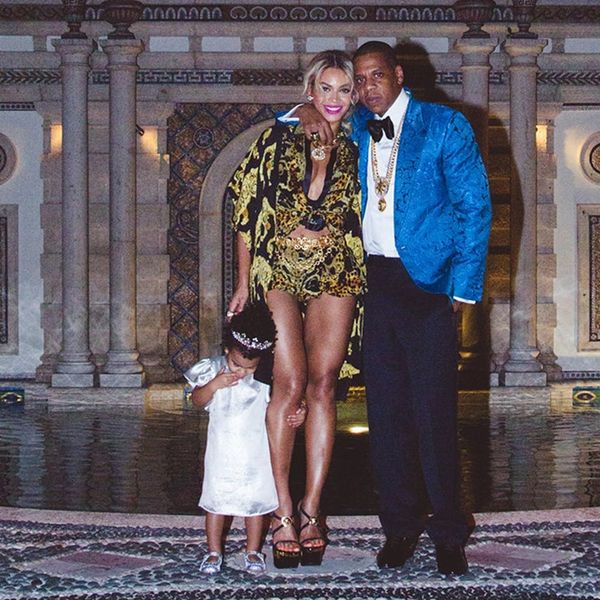 As if this past weekend wasn’t celebrity-centric enough with all things Golden Globes, Beyoncé went and pulled a, well, a Beyoncé and possibly (?!) revealed she’s pregnant in a beachy Instagram shot. But who can really be sure when it’s Queen Bey (Queen of music + sneaky announcements) we’re talking about.

When Beyoncé rang the Internet alarm by uploading the buried in sand snap on Sunday (who wants to bet Blue Ivy did that as a present to herself for her third birthday?), the web went crazy. Seriously, INSANE. So it’s pretty clear Beyoncé indeed does run the world.

Even though we may have to wait until Grammy night for an official Y/N to the pregnancy talk (February 8, you are so far away!), we thought we’d have a little fun and think up some names for baby Carter number two. Fingers crossed Bey + Jay get sweet dreams and not beautiful nightmares from our suggestions ;)

“Z” Names: Blue claimed the letter “B” in the Carter household, so why not give Hova’s name some credit and give the little one a unique end of the alphabet name like Zahi for a baby Jay or the short and cute Zia for a tiny Bey.

Four Names: The couple is obviously crazy in love with the number four (Blue’s middle name, Beyoncé’s birthday is September 4, Jay Z’s birthday is December 4 and they married on April 4) so they are guaranteed to incorporate this digit into the newborn’s name. Why not bring it to the front this time with Ivory for a girl or change up the spelling for a boy with Ivry.

Destiny Names: Beyoncé loves her girls Kelly Rowland and Michelle Williams so why not honor the beginning of her career by giving her second child a Destiny’s Child-approved title like Faith.

Colorful Names: When we first heard Blue’s name we definitely were like, “Girl, what?!”, but now that we’ve had three years to adjust we’re totally in love with it. That’s why it would be super cute if the dynamic duo kept the names of their kids inside the coloring lines with something like Violet, Cerule or Goldie for a gal or Jasper or Hunter for a boy.

“B” Names: Yes, Beyoncé is the Queen so even if Blue wants to be the only b-girl in the Carter house, it’s not really up to her. If the couple is looking to go with more names down the “B” road may we suggest Birdie for a lady or Bali for a boy.

Even if Beyoncé is just getting a laugh from the Internet’s freakout and not pregnant at all, we still love the Carter’s like XO.

What would your dream name for Beyoncé and Jay Z’s second child be? Let us know in the comments.