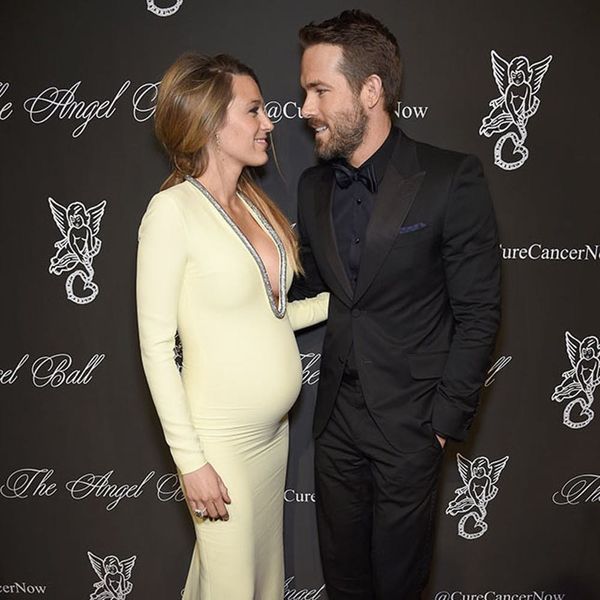 It’s been fab watching Blake Lively’s pregnancy (that bump, that baby shower and that style!). We’ve actually loved it so much we kinda wish she’d stay pregnant. Just kidding, after we heard the Preserve founder gave birth before the ball dropped on New Year’s Eve, we’ve been waiting on pins and needles for all the deets on Blake and Ryan Reynolds’ bound-to-be beautiful little girl.

While it’s been all but confirmed that the couple added a fashionista to their glam fam (imagine her rocking Blake’s babywear line!), the big mystery swirling around the web is exactly what the little lady’s name is. This is totally like Gossip Girl, you guys! It’s been rumored the newborn was named Violet, but that little piece of gossip is far from confirmed. Either way, we love the idea of floral-themed baby names so much, we’re going to let the flower power inspire a roundup of floral-centric baby names. Because why not. We hope Blake approves <3

Azalea: This floral name is fresh, as it just entered the Social Security list in 2012. The newcomer is rising in popularity — just like female rapper Iggy with the same last name. How fancy ;)

Blossom: We think this throwback (which was last hugely popular during the run of the ’90s sitcom of the same name) should come back in full bloom.

Briar Rose: This pretty petaled name might be coming back from Princess Aurora’s time thanks to Rachel Bilson and Hayden Christensen plucking the fairytale name for their daughter born last year.

Calla: This name is elegant and beautiful, which totally make sense seeing as that’s literally the meaning behind this one.

Daisy: Picture it: Your baby in the car seat. You Instagram it. Write a caption about driving Miss Daisy. Boom.

Fleur: Flora is a gorgeous name, but give this budding trend (we’re calling it!) a French twist. We won’t tell if you’re secretly naming your little one after the Harry Potter character.

Heather: This botanical moniker hit its peak in the ’80s with the release of the iconic film.

Iris: A really popular floral name with celebs, this colorful pick lives up to its meaning — rainbow.

Ivy: This one has seen a surge in popularity ever since Beyoncé and Jay Z dropped their best release yet.

Jacinta: The Spanish word for hyacinth turns into a sweet name for a girl.

Jasmine: Who among us didn’t want to be Aladdin’s lady at one point growing up?! Live vicariously through your daughter and give her this royal name.

Lily: This has been one of the most popular floral names forever and it’s understandable as it’s simple, yet beautiful.

Padma: Meaning lotus and made popular by the Top Chef host, this moniker is the embodiment of beauty.

Poppy: A spunky Latin flower, this name has never really caught on stateside, but it is a big hit in Scotland, England and Wales.

Primrose: Ever since The Hunger Games, this classic British name has gotten a second life.

Rose: The standby in flowers and floral names, this gorgeous name can also go as Rosa or Rosie.

Violet: This speculated name for Blake and Ryan’s baby is a soft and sweet purple flower IRL. Already popular in Hollywood (hey, Violet Affleck) and literature (currently flipping through Charlie and the Chocolate Factory), this one is a classic stunner.

Yolanda: A Greek version of Violet, this one gives your little lady a step up in the exotic name department.

Zahara: The Hebrew name meaning “to shine” went front and center after Angelina Jolie and Brad Pitt dubbed their daughter this.

Aster: Meaning star and standing for a pretty purple bud, this unisex name is perfect for either gender in the garden of names.

Ren: The hero in Footloose, this water lily is popular for boys and is gaining traction for girls.

Jarred: The name means rose in Hebrew and we think it would make any boy even more handsome.

Which floral baby name would you give your child? Are you feeling the trend? Let us know in the comments — and share any fresh baby names you’ve picked ;)