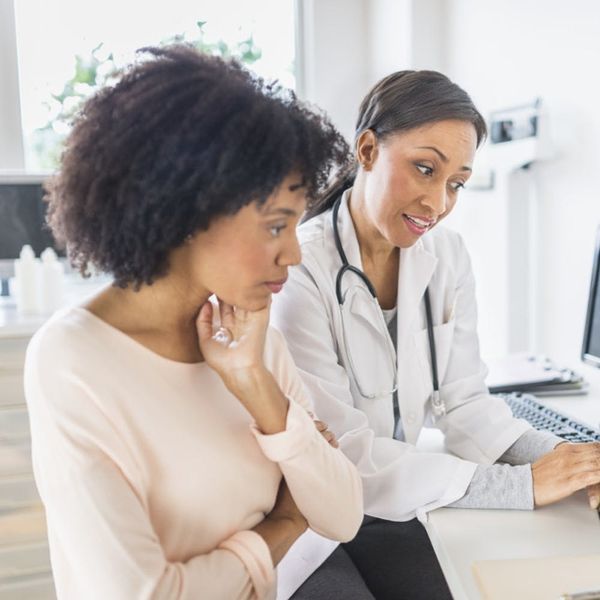 When it comes to our health, most of us will do just about anything to ensure that we’re staying vigilant and keeping our bodies and minds in fightin’ shape. Cupping for circulation? Sure! A round of the Whole30 diet? May as well give it a try (even with experts’ mixed reviews). We applaud all of your efforts to stay on top of your health. The problem, however, comes with over-information. What with conventional wisdom, official doctors’ orders, and everything you read online, it’s not easy to keep all of this medical info straight. What’s true and what’s a tall tale?

Earlier this year, an insurance company surveyed over 2,000 respondents about a series of medical myths to find out which ones we’re most likely to believe. You may be surprised to learn that these statements aren’t true — but you won’t be shocked that so many of your fellow Americans believed them too.

1. Probiotics will improve digestion for everyone who takes them. Tummy issues? You may have tried a probiotic to ease those unglamorous pains, and if you experienced an improvement — great! But it may have been a placebo effect. The study found that over 83 percent of people thought this myth is true.

2. Creativity originates on one side of the brain, while logic originates on the other side. Nearly 70 percent of respondents believed this was true, but that whole right-brained versus left-brained thing doesn’t really reflect reality. Your lack of math abilities or lame drawing skills have nothing to do with which side of your brain is in the driver’s seat.

3. Everyone can get better eyesight from eating carrots. Remember all those times your parents tried to get you to finish your carrots by telling you that you would have perfect eyesight if you did? Not so much. If the fact that you ate the carrots and are still wearing glasses wasn’t already a dead giveaway, we’re here to confirm that this is, in fact, not true. (Believe it or not, the idea actually originated as propaganda spread by the British during WWII to cover up their use of radar to spot German planes.) You’re not alone, though — over 68 percent of respondents thought this was true.

4. When menstruating people live together, their periods synchronize. It’s nice to commiserate with your gal pals when you’re feeling the period pain, but the fact that you’re on the same cycle has no grounding in medical fact. It’s like seeing your windshield wipers match the song on the radio: They’ll seem to move to the same beat for a while, then drift apart again. Over 62 percent of participants in this survey, however, believed that the menstrual cycles of people living in the same place naturally sync up.

5. Sitting close to the TV will negatively affect your eyesight. Another lie our parents told us! While it’s still probably not a great idea to get too up close and personal with a screen, doing so won’t actually hurt your eyes. According to the study, approximately 60 percent of people fell for Mom and Dad’s warning on this one.

This research caused us to question so much of what we believed about our health (how have we gotten it so wrong?) that we just had to scope out more myths from medical and wellness experts. Check out a few more commonly believed untruths below.

6. You should store medicines in the bathroom or next to the kitchen sink. Sure, these are very convenient places to keep your prescriptions, but did you know that putting your medications in the bathroom or kitchen can damage them? “Many medications can lose their strength and can even break down when stored in a damp environment” like your bathroom or kitchen, explains Dr. Mary Jayne Kennedy, PharmD of High Point University’s Fred Wilson School of Pharmacy. “It is best to store your medication in a dry place away from heat, direct light, or any source of dampness.”

7. Hypoallergenic products will always prevent problems for sensitive skin. So much for all of the sensitive skin care we’ve invested in over the years. “The term ‘hypoallergenic’ is meant to imply that a product is unlikely or less likely to cause allergic reactions,” a source from Savana Urban Spa reveals. “Instead of searching for the label ‘hypoallergenic,’ look for a ‘gentle’ or ‘fragrance-free’ label.”

8. Household flowers like daffodils or roses can contribute to indoor allergies. According to allergist and immunologist Dr. Bob Geng, MD, “As a rule of thumb, the prettier the flower is, the less likely it is to trigger allergy symptoms.” Flowers like this are pollinated by insects, which means they have a heavier, stickier pollen that is less likely to become airborne. If you’re an allergy sufferer, this is good news for your floral design dreams!

9. You should never pop a pimple. Okay, so picking at a zit is kind of gross, but it’s not always bad for you. If you can’t help yourself, dermatologist Dr. Bobby Buka, MD recommends buying a sterile extractor at the drugstore (they often cost just $5). That being said, picking at or popping a blemish won’t make it go away — especially when you use your fingers. “When you use your fingers (as opposed to an extractor), you apply uneven pressure, which leads to inflammation, scar tissue, and potential infection,” Dr. Buka cautions.

10. Cutting calories is an easy recipe for weight loss. “Although you will lose weight if you cut calories, you will also end up starving yourself,” observes cardiologist and weight loss expert Dr. Monali Desai, MD. And nobody wants that! “If you want to lose weight, what is far more important is changing the composition of the calories you eat to include more protein and less carbohydrates and sugar.”

What medical myths have you unlearned? Tweet us @BritandCo!

Alli Hoff Kosik
Alli Hoff Kosik is a freelance writer who is passionate about reading, running, rainbow sprinkles, her lipstick collection, watching embarrassing reality TV, and drinking pink wine. She lives in Brooklyn with her husband and (in her dreams, at least) three golden retriever puppies. Listen to her talk books on The SSR Podcast.
Adulting
Health
Adulting Healthy Living study
More From Health