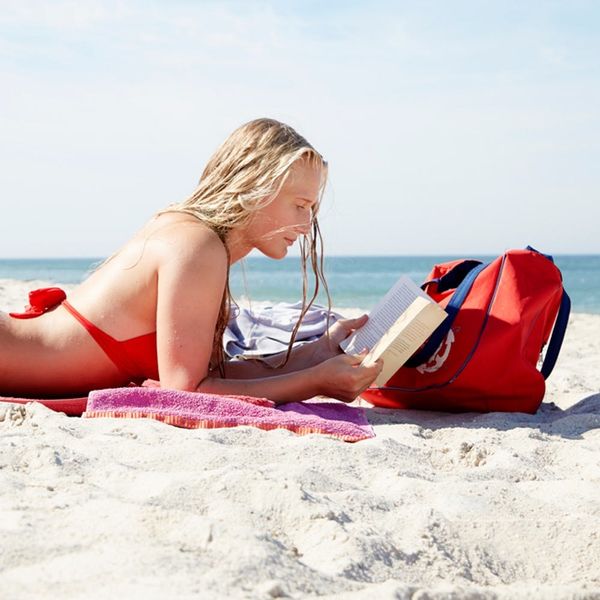 There are tons of things we look forward to in the summertime, but one of our favorites by far has to be lounging in the sun on the warm grass with a good summer book. Since we’ve already read everything else on our bookshelf, we thought we’d treat ourselves to some brand-new young adult books. Read on for 11 exciting reads being released this June. Enjoy!

Bestselling New York Times author Sarah Dessen is pulling at our heartstrings once again with her 13th novel. This one is set in the world of wedding planning. After scoring a summer gig helping brides plan their perfect nuptials, Louna is reminded of the tragic ending to her own first love story. But when charming Ambrose falls for her, all bets are off. Seriously, can’t you just imagine reading this charming book on a sunny patio with a mimosa in hand?!

After the massive success of This Savage Song, Victoria Schwab is back with the whole gang of #girlboss characters we fell in love with the first time around. In this epic sequel, a new monster emerges from the shadows — one that feeds on chaos and brings out its victim’s inner demons. Kate will have to face it, along with her personal demons, in this dark fantasy we can’t wait to binge-read.

When Lance’s ’93 Buick breaks down in the middle of nowhere, he’s suddenly stuck in a small town where nobody knows who he is. Instead of a valedictorian, first-chair trumpet player, Lance suddenly becomes “Wildman” with a little help from an intriguing older girl who challenges his well-planned life.

There’s a reason why book bloggers can’t stop tweeting about this engaging 18th-century romantic adventure. Henry “Monty” Montague is a young bisexual British lord who is set to take over the family’s estate upon his return from a grand tour of Europe. With a plan to make the most of this yearlong adventure, Monty vows to flirt with his best friend and traveling companion, Percy, from Paris to Rome. Get ready for a wanderlust-approved love story, folks!

The day before Rachel moved away, she tucked a love letter to Henry Jones in his favorite book in his family bookshop. Unfortunately, nothing ever came of it. Now Rachel has returned to her hometown and finds herself working in that same bookstore with Henry, to distract herself from her brother’s death.

This YA read featuring a down-to-earth Muslim teen is *definitely* on our list of books to binge-read this summer. Janna Yusuf is an Arab Indian-American teenager who is just trying to survive the everyday growing pains of high school. It’s a story of sexual assault, identity, and young love that’ll have you engaged from the very first page.

Sofi and her younger brother Shilo are involved in Earth’s Fantasy Fighting arena — a part real, part virtual fighting competition. But when a bomb takes out a quarter of the arena, Shilo goes missing and most people simply presume he’s dead. Convinced he is still alive and has been taken to the Delonese ice planet, Sofi enlists the help of Miguel to rescue her brother before all is lost.

Natasha never thought that her obscure, amateur web series, Unhappy Families, would *ever* get a shout-out from one of the internet’s biggest vloggers. Now equipped with an army of 40,000 new subscribers, Tash has to navigate the new fame, new pressures, and everything that comes with having her virtual world become her life IRL, including having to tell her online crush that she’s asexual.

After stepping in to help rescue a baby in distress, a video of Sadie’s good deed goes viral. Now she’s being introduced to other hometown heroes, and they decide to form an unlikely alliance to secretly save their local town from daily wrongs.

Finally! Kiersten White’s highly anticipated, mind-blowing sequel to And I Darken is here, and Lada Dracul is back with vengeance. After failing to secure the Wallachian throne, Lada sets out to terrorize the land. With her little brother Radu working as a double-crossing spy behind enemy lines (thanks to her old flame Mehmed), chaos is on the brink of erupting. Fair warning: You’re definitely going to want to read this in one sitting.

Jodi Lynn Anderson seamlessly weaves together the stories of three brave women of different generations in this unique novel about love, determination, and hope. She takes readers from the near-future where Adri has been handpicked to live on Mars to 1934 Oklahoma were Catherine is trying to save the one person she loves most in the wake of the Dust Bowl.
Ashley Macey
Ashley Macey is a lifestyle freelance writer who loves all things fitness, wellness, and creativity. When she's not exploring her home in the Pacific Northwest with her dog Max, you'll probably find her curled up with a good book and some hot tea. Follow her daily jaunts on Twitter.
Books
Creativity
Books
More From Creativity