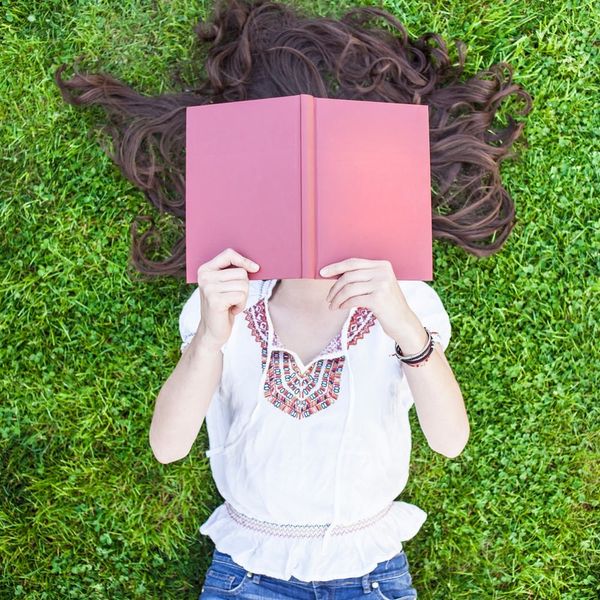 As Independence Day rolls around, it’s about time to look for that next great summer read for the Fourth of July weekend. From thrillers to romance and beyond, this list has 11 great titles to choose from. So, find a book, kick back and enjoy the barbecue and the fireworks. With books like these, it’s bound to be a great weekend.

1. Perfectly Good Crime by Dete Meserve ($12): The follow-up to Good Sam, Perfectly Good Crime follows LA news reporter Kate Bradley as she investigates the biggest story of the year: high-tech heists against 100 of the wealthiest Americans. As the LAPD detective she usually works with goes missing and her senator father demands she cease investigating, the heists escalate and the targets refuse to talk. With complicated life changes on the horizon, Kate must trust her heart and her instincts in a high-stakes investigation that will challenge everything she believes.

2. Gridley Girls by Meredith First ($15): Meg Monahan was a born secret keeper. From high school peer counseling to her current job as a recruiter for the most cutting edge (and paranoid) company, Meg is a professional at keeping secrets. In the face of tragedy, Meg and her childhood best friend Anne are forced to face their past and the secrets that haunt them both. Based on true events, this stunning debut novel is about loss and friendship, secrets and forgiveness.

3. I Almost Forgot About You by Terry McMillan ($19): Even with an excellent life filled with friends, family and a great career, Dr. Georgia Young still feels restless and stuck. She decides to make several big changes, including a move after quitting her job as an optometrist. On her journey to find herself, she learns about the value of taking chances with both life and heart, and even finds a second chance at love.

4. Tracing the Bones by Elise Miller ($12): Eve Myer is a cynical housewife with chronic back pain, two kids and a stagnant writing career — not to mention her marriage, still haunted by her husband’s past affair. Fascinated by her new neighbors, Eve gets pulled into a transformative journey that threatens the strength of her marriage and uncovers the truth behind a tragedy. Honest and flawed, engaging and mysterious, this book will keep you laughing and guessing in equal turns.

5. Sons and Daughters of Ease and Plenty by Ramona Ausubel ($19): Fern, Edgar and their three children are enjoying a pleasant afternoon in their summer home in Martha’s Vineyard when they receive horrible news: Their money has run out. Without income from Fern’s “old money” family, the couple is forced to face their new and depleted circumstances. As Fern and Edgar run off to find themselves, their three children are accidentally left to fend for themselves, led by the eldest, nine-year-old Cricket. Witty and biting, this novel is a hilarious commentary on wealth and privilege, family and maturity.

6. Leaving Blythe River by Catherine Ryan Hyde ($9): With the help of three locals, Ethan Underwood heads into the Blythe River National Wilderness in search of his missing father, a man who has betrayed him. Skittish, scrawny and seventeen, Ethan forges into the wilderness with a pack guide, an ill-equipped former actor and a seventy-year-old widow who knows no fear. As their journey progresses, Ethan comes to realize that his quest is about more than tracking down his dad and searches himself for the ability to forgive his father — if he’s even still alive.

7. Modern Lovers by Emma Straub ($14): Elizabeth, Andrew and Zoe are former bandmates and current friends. While clinging to their youthful identities, they’ve grown up together, gotten married and started families and businesses. As their children start dating, they are forced to face their secrets, including those about the fourth member of their old band. This insightful and funny novel is about the ways a person’s passions can change as they do, as well as what it really means to “grow up.”

8. The Memory of Us by Camille Di Maio ($10): Julianne Westcott lived a charmed life in prewar Liverpool — silk ball gowns, old money and important young suitors lining up. When she learns of her brother — institutionalized since birth for being deaf and blind — her illusion of a perfect life falls to pieces at her feet. While secretly visiting her brother, she meets and falls for an Irish Catholic groundskeeper, Kyle McCarthy. As the Blitz decimates England, Julianne is forced to leave everything behind and start a new life built on the lies she’s told to protect her loved ones. When the truth reasserts itself, she will need to find the courage to face it and perhaps find love once more.

9. All the Missing Girls by Megan Miranda ($17): This novel tells the story of the disappearances — ten years apart — of two girls, beginning with their disappearance and working backward. Nicolette Farrell investigates the truth behind the recent disappearance of her neighbor, as well as the true events from the night her best friend vanished ten years ago. This thrilling novel pulls you down twists and turns, making you wonder just how far you would go for a loved one.

10. Blue Apple Switchback by Carrie Highley ($15): Carrie Highley’s memoir relates her experiences growing up and growing into herself and her sexuality. At sixteen, she wanted to dance with the girls at cotillion dances; at thirty, she began to love road biking and one of her biking friends. At thirty-six, married and a mother of two boys, Highley attempted to re-embrace heterosexual married life. With the support of a new friend and mentor, she finds the courage to take life by the handlebars.

11. Rich and Pretty by Rumaan Alam ($16): This story follows Sarah and Lauren, two longtime friends who have grown apart as they have grown up. As Lauren tries not to think too far into her future, and as Sarah plans hers (beginning with a wedding), the two women remain connected, despite their many differences. Together, they learn just how strong a friendship can be, especially one as old as theirs.

12. The Tolling of Mercedes Bell by Jennifer Dwight ($16): If you’re looking for a fast-paced thriller to get your heart pumping this summer, The Tolling of Mercedes Bell will give you complete life. We meet single mother to a young daughter and paralegal Mercedes Bell in the heart of San Francisco as she’s fallen head over heels with a charming and successful lawyer. As he sweeps Mercedes off her feet, the two get married but she soon finds out he is hiding a shocking secret that could put Mercedes and her daughter at risk.