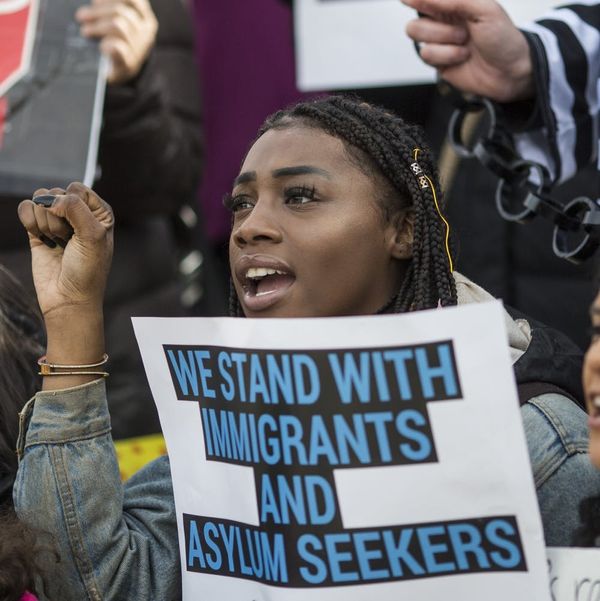 On Friday, President Trump declared the state of national emergency that he’s been threatening for months in order to circumvent Congress and fund his long-promised “border wall.” Almost immediately, the California Attorney General Xavier Becerra announced that he and several other state Attorneys General would sue the Trump administration. A total of 16 states wound up filing a joint suit against the president on Monday evening, arguing that it is unconstitutional for the president to squirrel away funds for building a wall when Congress retains federal spending power.

In addition to California, the states of New York, Minnesota, Colorado, Illinois, Maine, Maryland, Connecticut, New Mexico, Oregon, New Jersey, Delaware, Nevada, Hawaii, Michigan, and Virginia signed onto the lawsuit. The legal filing came at the end of a day that saw nationwide protests against Trump’s declaration, which many are calling a “fake” national emergency.

Becerra has filed suits against the Trump administration dozens of times during the president’s first term, including over the administration’s Muslim travel ban in 2017. Speaking about this new lawsuit on Monday, Becerra said that his office is “confident there are at least 8 billion ways that we can prove harm” will be caused if Trump proceeds to “raid” funds that Congress has earmarked for other purposes. The administration has said that it will take billions from the Department of Defense budget and hundreds of millions from the Treasury Department, according to CNBC.

On the opposite end of the country, in the Capitol, Democrats in Congress are considering passing a joint resolution to strike back against the national emergency. But they face an uphill battle. Despite the assertions made by plaintiff states in Monday’s lawsuit, Trump is allowed a very wide breadth to declare national emergencies by the Constitution; in order to actually block the emergency, Democrats would need a significant number of Republicans to vote to block it as well, which is an unlikely outcome.

Ever since the president began threatening a state of national emergency in order to fund the border wall, Democrats have discussed suing him. The problem lies in who is most likely to win if the case is appealed as far as the Supreme Court, which is probable if the administration loses its case in lower courts. Given that the SCOTUS is now skewed farther to the right with the additions of Neil Gorsuch and Brett Kavanaugh to the bench, there’s good reason to believe the administration could ultimately win this case in the highest court.

Still, Democrats have said they want to hold a vote so they can attempt to “disapprove” of the national emergency. According to White House aide Stephen Miller (the architect of the “zero tolerance” family separation policy), Trump is fully prepared to veto a resolution to stop the state of national emergency he declared if one reaches his desk. It would be the first veto of Trump’s tenure in office so far.