These Memes Were the Best Part of the 2017 Met Gala 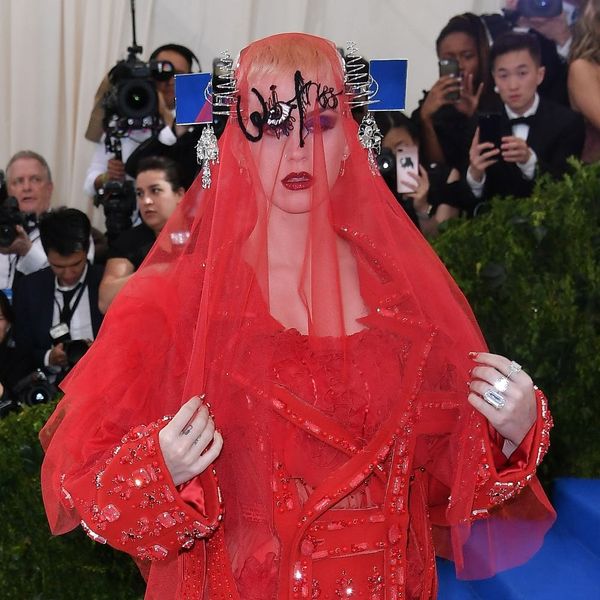 The 2017 Met Gala elicited strong reactions from fans who loved the breathtaking celeb styles and from foes who were peeved at the stars for not following the night’s theme. And while we’re still debating whose fashion choices were a hit and which were a cringe-worthy miss, we can’t deny that these memes and tweets were pretty much the best part of the 2017 Met Gala.

this stock photo baby is more on-theme than 75% of tonight's #metgala attendees pic.twitter.com/yiCQMAaGnd

Did NOT know Blake was taking over the Splash remake, tbh. pic.twitter.com/CHpXe6Cglm

Why does Katy Perry look like she's about to marry Beetlejuice #MetGala pic.twitter.com/uILWt9rJFb

Some folks were just being totally cheeky…

Willow Smith: I whip my hair back & forth!

Jaden Smith: I once was a guest of hair. Hair is now a guest of mine. Ownership is an illusion. pic.twitter.com/JTq4Qb4dWL

When Triton lets one of his daughters besides Ariel attend the #metgala pic.twitter.com/dohUscOM3Q

This is the 3rd time I'm removing malai from my chai and it's getting out of hand now. pic.twitter.com/kdeVf151Fj

Now we know why Nayak was a superhit movie. pic.twitter.com/cnCqEd6HE5

And then, there was the truth about most of us watching…

*me judging everyone at the #MetGala while I'm wearing 15 year old yoga pants, with $40 in my savings account* pic.twitter.com/egMeZDMbU6

What is the funniest reaction you’ve seen to the Met Gala? Let us know @BritandCo!

Desiree O
Desirée O is a ‘Professional Bohemian’ who loves anything and everything related to the arts, entertainment, and pop culture. She ADORES being a ‘Newsy’ for Brit + Co, covering all of the latest tidbits of awesomeness that you want to read about. When she’s not writing, she’s either making messy art, going on long adventurous walks with her camera, or poking around over at bohemianizm (http://www.bohemianizm.com/). You can find out about Desirée O and her work at http://DesireeO.com/ or follow her on Twitter @DesireeO.
Met Gala
Celebrity News
Met Gala twitter
More From Celebrity News