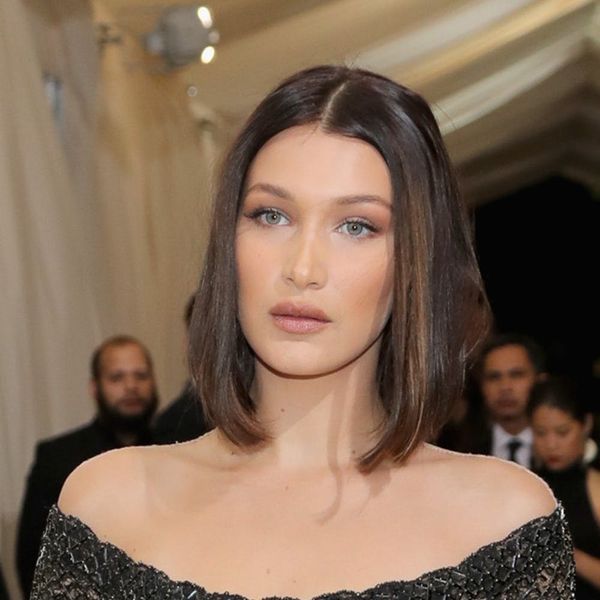 Every year, the Met Gala has a specific theme, which is supposed to inform the way attendees dress. The 2016 theme was “Manus x Machina: Fashion in an Age of Technology,” which some people (like Katy Perry and Kimye) hit dead on. This year’s theme was focused specifically on one designer’s contribution to modern fashion, “Commes des Garçons/Rei Kawakubo: The Space in Between.”

This theme is a really big deal too. This is only the second time in its history that the Met Gala has celebrated the life of a living designer (last time being Yves St. Laurent). Kawakubo is known for her larger-than-life shapes that have changed fashion over 40 years. Messy structure? Heavily accentuated bodies? Topknot hair? All these now-famous looks were created and perfected by Kawakubo… which is why people are upset at this year’s celeb guests. It’s as if no one got the memo that they were supposed to dress on theme.

While no one looked bad, per se, fans of the gala and Kawakubo are upset that the legendary designer was not represented on the red carpet this year. Or like, barely.

This was the theme for this years MetGala, but everyone decided to dress like they were going to prom.
Sad and boring #MetGala pic.twitter.com/QxQtQJZb5J

What the #MetGala theme is VS everyones look today pic.twitter.com/swp8uPiloO

if you can sit down easily in your #metgala dress then you shouldn't be allowed in to the gala because you DIDN'T FOLLOW THE THEME.

Is the Met Gala theme yawn? Cause that's what most of these looks are making me do. Yawwwwn. #MetGala

What happened to following instructions?

Yes ladies you look cute, not denying that, but do you know there was a THEME? Ever heard of Rei Kawakubo? Comme des Garçons? #MetGala pic.twitter.com/n81DKIN5Ig

the theme was Rei Kawakubo/Comme des Garçons and they had the audacity to turn up in this?????? disrespectful #MetGala pic.twitter.com/DmwLiVdCpI

No one followed the theme except for like 3 people #metgala pic.twitter.com/cYvrha49oM

Even just searching the #METGala hashtag on Twitter brings up hundreds of fashion fans angry at the sartorial choices of the night, though there were still plenty of guests who nailed their looks (we’re looking at you, Rihanna and Caroline Kennedy).

What did you think of this year’s Met Gala theme? Tell us @BritandCo!

Kat Armstrong
Kat has been a writer, social media maven and mom for longer than she's willing to admit. She's also spent time in front of and behind the camera, interviewing celebs, politicians and acting as a producer for fashion and artistic photography shoots. When she isn't writing for various orgs and publications, she's hanging with her kids, husband and French Bulldog, Peter, in Toronto, Canada.
Red Carpet
Celeb Style
Red Carpet