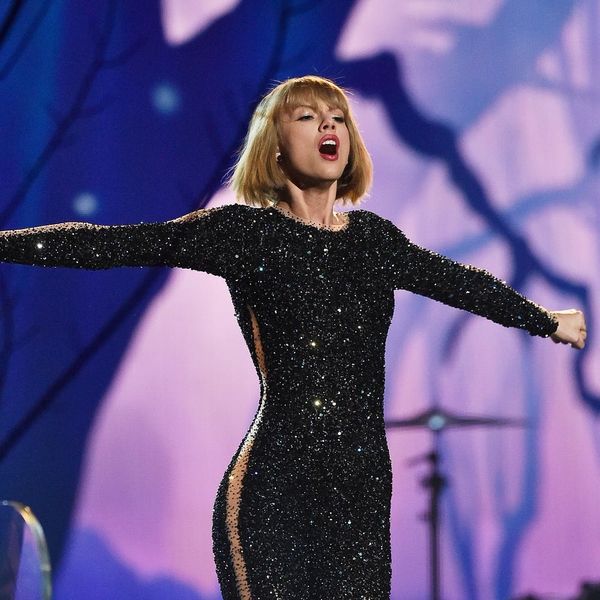 Taylor Swift has had us on the edge of our seats since last Friday, when she wiped her website and social media accounts clean. Our curiosity was further piqued when the singer returned with daily clips of a spiky, fang-bearing snake. Today, she finally gave us exactly what we were hoping for — the promise of new music — and fans are (adorably, hilariously) FREAKING OUT!

Since Swift revealed that her sixth album will be titled Reputation, with the first single dropping tomorrow night (!!), Swifties have been poring over every little detail, from the name itself to the accompanying art and beyond.

When I woke up this morning, "reputation" was just a word…and now it's #TaylorSwift 's sixth album #reputation

When you find out #TaylorSwift has a new album coming out… pic.twitter.com/iS2lJuDiT0

I'm so beyond excited!! Could November get any better?!?!!!!

The general consensus is that Swift is using the snake emojis people used against her as inspo for her new music.

They try to paint her as a snake and ruin her #Reputation Taylor Swift's Reputation era is going to be everything. 😭😭👸🏼🐍 #TaylorSwift

Instead of being very much excluded from this narrative, I guess she's owning it https://t.co/WhxLTA4FUv

Yep. And with her songwriting talent, we already know she is going to slay at it, one single at a time. #PR #Reputation #TaylorSwift https://t.co/VkmTfubqYs

Some people think she might be embracing her darker side.

1. She is wearing black lipstick instead of her red lip classic
2. She's wearing a choker

Is anyone else thinking that #TaylorSwift is about to have a Robin Sparkles moment? pic.twitter.com/8TtT0LsoDp

And others are making predictions about the track list.

Get ready y'all! #TaylorSwift new album is gonna be all about Calvin Harris, Tom Hiddleston, Kanye + Kim! #Reputation

A few people think some of the more minor details about the album might have major significance.

The choker looks right on her neck as if its choking which could symbolize how she felt when she was being attacked #TaylorSwift #Reputation pic.twitter.com/xoGpn4xl5t

But I wonder why did #TaylorSwift use Kanye's The Life of Pablo font for #Reputation?

And some just can’t help but wonder what Swift’s famous foes and industry rivals are thinking.

@taylorswift13 is literally dropping a whole new song the day Katy Releases her first official vid from Witness. Taylor, I see you. A tru 🐍 pic.twitter.com/xxFz84YaVR

Personally, we agree with the opinion that any ongoing feuds are totally unnecessary…

Don't put women against each other!! I admire Katy for moving past this and hope Taylor does the same!

Either way, fans can’t wait to get this party on the road…

Same, TBH. We’re *so* ready for Taylor Swift’s new single to drop tomorrow night and for her full Reputation album on November 10.

What was your reaction to Taylor Swift’s big announcement? Let us know @BritandCo!