21 of the Best Instagrams from the 2017 Golden Globes 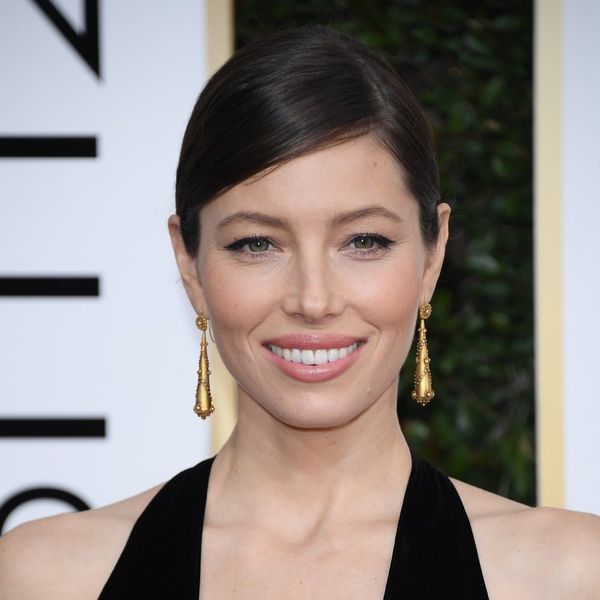 Now that we’ve seen the stars all dolled up in full hair and gown (or pantsuit — we see you, Evan Rachel Wood!), we’re taking a look at what it took to get there — and what they did thereafter. Social media was ablaze with their Golden Globes posts, and we’ve got 21 of the best shares we could find, from Jessica Biel’s hilarious pre-drinking games to SJP’s shoe dilemma. Check ’em out!

1. Kristen Bell: Though Kristen posted several shots of her Golden Globes transformation over on her page, it was this one of her donning her dress in the early morning hours that had us cracking up. “Step 1: morning matcha!” she said, adding, “#iwokeuplikethis.”

2. Lily Collins: Lily showed off her hot date for the evening… her mom.

Getting ready for the Golden Globes with my favorite team @streichersisters and @_michellesaunders 💋💅🏼💞I'm keeping you updated through my story - check out my #bts there!

3. Mandy Moore: Mandy showed that it takes a village, saying “Getting ready for the Golden Globes with my favorite team @streichersisters and @_michellesaunders.”

4. Reese Witherspoon: Reese gave us all a shimmy in her yellow strapless dress — with a glass of bubbly, natch.

Golden Globes bound... with you!

5. Zoe Saldana: Zoe had the look of love in her eyes for her husband, Marco Perego, saying, “Golden Globes bound…with you!”

We are late!! Hold on! 😉llegamos tarde esperarnos! #goldenglobes @chrishemsworth

6. Elsa Pataky: Elsa asked the awards to hold the bus for her and Chris Hemsworth, saying, “We are late!!! Hold on!”

Today is a great day, I can and I will. 3rd nomination, 4th season renewal and family, friends, cast, and supporters that have all helped me get here. Check out my pics at Clinique.com @clinique what a dream 😍😍 NEXT STOP RED CARPET!

7. Gina Rodriguez: A decked-out Gina shared a shot of herself getting all dolled up, writing, “Today is a great day, I can and I will. 3rd nomination, 4th season renewal and family, friends, cast and supporters that have all helped me get here.” Get it, girl!

Look who I get to sit with!! @lavernecox #goldenglobes2017 #beauty

8. Christina Ricci: Christina fanned out over her seatmate Laverne Cox. “Look who I get to sit with!!” she said.

9. Sofia Vergara: Foreign beauties Sofia and Priyanka Chopra (who could’ve been twins in their embellished golden gowns) danced together in sync.

So, libations before noon were a bad idea?...#goldenglobespregame

10. Jessica Biel: Jessica Biel poked fun at her own lazy eye, writing, “So, libations before noon were a bad idea?…#goldenglobespregame.”

Seriously, guys, I'm at the top of my game. @veephbo @goldenglobes #winning

12. Julia Louis Dryfus: Julia got goofy pre-show, making a funny face and assuring us, “Seriously, guys, I’m at the top of my game.”

Why do I have to choose? #Globes

13. Anna Kendrick: Anna showed off her mounds of bling, asking, “Why do I have to choose? #Globes.”

14. Blake Lively: Blake posted the obligatory prep shot, admitting, “I did not wake up like this” and thanking her team.

15. Drew Barrymore: Drew posted this “before” shot of herself getting ready for the evening, saying, “First it’s like this.”

And in the always fiercely competitive category of which shoe to choose, the nominees are... x, Sj

16. Sarah Jessica Parker: SJP showed us the hardships of being a nominee with her hilarious post about her shoe choices. “And in the always fiercely competitive category of which shoe to choose, the nominees are…x, Sj.”

what was ur process for getting ready today? sat in the bath for an hour looking like a right twat, wbu? #goldenglobes

19. Maisie Williams: Maisie made us giggle with her face mask selfie, saying, “What was your process for getting ready today? Sat in the bath for an hour looking like a right twat, wbu?”

Super pumped for the Golden Globes 💃🏼

20. Goldie Hawn: Lying back in a chair while appearing to be in repose, Goldie mocked her leisurely stance, saying, “Super pumped for the Golden Globes.”

Having the best conversation. #goldenglobes

21. Ryan Reynolds: Sitting between empty chairs with photos of Amy Schumer and Goldie Hawn pre-show, a befuddled Ryan wrote, “Having the best conversation.”

Who do you think killed the Golden Globes social media game? Tell us over @BritandCo!

Nicole Briese
Nicole is the weekend editor for Brit + Co who loves bringing you all the latest buzz. When she's not busy typing away into the wee hours, you can usually find her canoodling with her fur babies, rooting around in a bookstore, or rocking out at a concert of some sort (Guns N' Roses forever!). Check out all her latest musings and past work at nicolebjean.com.
Golden Globes
TV
Golden Globes Instagram Roundup social media
More From TV