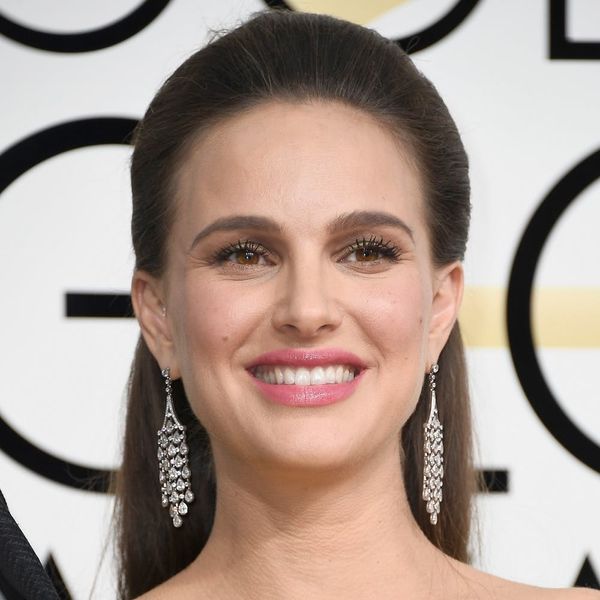 In less than one hour, we’ll be privy to the biggest awards show of the year thus far, the Golden Globes. We’re expecting to see quite a few famous faces, including cute-as-can-be couples (we’re talking Blake and Ryan and exes Emma Stone and Andrew Garfield, people!), plenty of wacky fashion and a killer opening courtesy of host Jimmy Fallon (who has promised to make plenty of political jokes with Trump as his target). For now, however, we’re content to ogle the red carpet in all its stylish glory: Check out our faves below!

1. Jeannie Mai: The Real host followed in former Bachelorette Kaitlyn Bristowe’s CMAs footsteps, proving that a two-piece can be just as classy as one. (Photo via Steve Granitz/Getty)

2. Giuliana Rancic: Giuliana stepped out from the shadows of the celebs she’s typically interviewing to truly wow on her own in this floral ball gown that will surely be unanimously named one of the night’s best. (Photo via Steve Granitz/Getty)

3. Louise Roe: Fashionista and on-air personality Louise Roe added some intrigue to her gown with a jeweled embellished V-neck and an Angie-style thigh slit. (Photo via Kevork Djansezian/Getty)

4. Mandy Moore: Anyone that’s still envisioning Mandy Moore as the 18-year-old beach blonde that came on the scene with her hit single “Candy” need only look at the red-hot Naeem Khan dress she donned on tonight’s red carpet as a nominee for her new show, This Is Us, to realize girl is DEFINITELY all grown up.

5. Lola Kirke: Gone Girl actress Lola Kirke was pretty as a picture in one of the night’s quickly emerging trends: floral appliqué. (Photo via Venturelli/Getty)

Both @lilycollins in this Zuhair Murad Couture gown and her first #GoldenGlobes nod are dreams come true. pic.twitter.com/9at22rV8Zt

We’re totally blown away by the mauve sheer tulle Zuhair Murad gown she rocked with floral appliqué, this time in lace. (Photo via Venturelli/Getty)

7. Emily Ratajkowski: Emily donned the slinky satin look that is quickly becoming her signature, albeit in a vibrant yellow hue with silver jeweled accents.

We mean, does she EVER not look smokin’? (Photo via Valerie Macon/Getty)

8. Kristin Cavallari: Belated birthday girl Kristin Cavallari sure is making 30s look good: This body-hugging silver-and-sheer showed off a seriously rocking bod: HOW did she have three kids and look this svelte? (Photo via Steve Granitz/Getty)

9. Olivia Culpo: While we would’ve preferred Olivia’s dress to be a little less fitted in the front (girl was dealing with a serious case of underboob), the back of her Zuhair Murad design was too gorgeous NOT to include. (Photo via Steve Granitz/Getty)

10. Felicity Huffman: Felicity seems to be aging like a fine wine: She just keeps getting better and better. Looking smoking hot in this halter-top pantsuit, she was definitely one of our faves. (Photo via Steve Granitz/Getty)

Millie Bobby Brown has grown up before our very eyes. Gorgeous in Jenny Packham on the #ERedCarpet. pic.twitter.com/BmkZQNmV7g

Perhaps her style savvy is a result of her newfound friendship with Louis Vuitton? (Photo via Frazer Harrison/Getty)

14. Natalie Portman: Natalie would’ve made her alter ego Jackie proud on the red carpet tonight in her modest chartreuse frock with silver accents. Her best accessory, however? Her baby bump! (Photo via Frazer Harrison/Getty)

15. Maisie Williams: Like Natalie, Maisie went for a modest look in a bold yellow hue. Is it just us, or is she also channeling a classic figure with that Audrey Hepburn-esque ‘do? (Photo via Frazer Harrison/Getty)

16. Emma Stone: The favored-to-win La La Land actress certainly won on the red carpet, and had us seeing stars — literally — in this blush pink stunner. (Photo via Frazer Harrison/Getty)

17. Chrissy Teigen: All that glitters IS gold when it comes to Chrissy Teigen’s glitzy bronze column gown: She looks fierce AF! (Photo via Frazer Harrison/Getty)

18. Blake Lively: Blake channeled ’80s vintage glamour in black velvet and what appear to be space-inspired gold neck and pocket detailing (Muppets in Space, anyone?) (Photo via Frazer Harrison/Getty)

20. Hailee Steinfeld: Hailee was a vision in purple tulle, to be sure: We loved the delicate almost-sleeves and train of this crowd-pleasing piece. (Photo via Frazer Harrison/Getty)

Who do you think was the best dressed? Tell us @BritandCo!

Nicole Briese
Nicole is the weekend editor for Brit + Co who loves bringing you all the latest buzz. When she's not busy typing away into the wee hours, you can usually find her canoodling with her fur babies, rooting around in a bookstore, or rocking out at a concert of some sort (Guns N' Roses forever!). Check out all her latest musings and past work at nicolebjean.com.
Celebrity Style
Style News
Celebrity Style Golden Globes Red Carpet